Reedy Lagoon shareholders will be eyeing recent developments in the feted lithium brine project region of south-western Nevada in the US, after a neighbour announced anomalous lithium and boron results in shallow aquifers only a short distance north of the company’s Columbus Salt Marsh project. The discovery is only 20km from Global Geoscience’s Rhyolite Ridge lithium-boron project that boasts 460 million tonnes. 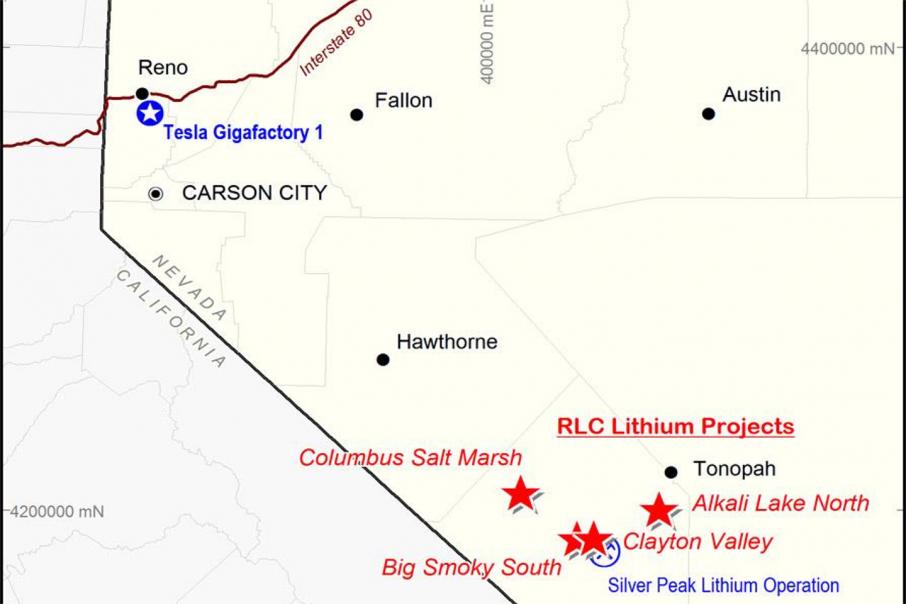 Some call it “nearology” but quite often the old adage “where there’s smoke there’s fire” can be a truism in the hunt for minerals.

ASX listed Reedy Lagoon will no doubt be looking for the source of the smoke that was found on a neighbouring lease just north of its lithium brine project in the feted south-western Nevada region in the USA.

Recent results reported from the region may well be cause for optimism for Reedy.

Neighbouring ASX listed junior Caeneus Minerals recently announced that it had discovered not one, but three lithium-enriched zones within shallow aquifers and rock sequences from a single drill hole at its Columbus Marsh project, immediately to the north of Reedy’s Columbus Salt Marsh project.

Caeneus recently announced it has defined two new lithium mineralised zones in the same hole, lower down from a zone that was discovered last year higher up in the same drill hole.

Both new zones are of variable thickness with lithium carbonate equivalent grades of 0.32% in the middle zone and 0.29% from drill cuttings in the lower zone, starting at just 255m vertical depth.

Caeneus initially announced a maiden discovery of highly anomalous lithium in brines over a 40m section last year, starting at only 80m depth in the drill hole.

Assays of the brine returned a high of 420 parts per million lithium carbonate equivalent and up to 0.11% boron, showing potential economic concentrations of multiple commodities.

The latter projects are only a stone’s throw from chemical heavyweight Abermarle Corporation’s Silver Peak lithium brine operation, where the southern end of the Big Smoky Valley meets with the western side of the highly prospective Clayton Valley.

Reedy is seeking to replicate Albemarle’s success at Silver Peak, holding tenure in the same geological area, where lithium concentrates from old volcanic rocks and is then dissolved into soluble aqueous salts trapped in deep sedimentary basins.

Caeneus’ identification of the element boron within the lithium brine waters at Columbus Marsh is also quite interesting and may give up some clues about other commercial opportunities that could exist in this region.

Global Geoscience’s Rhyolite Ridge project has all the hallmarks of America’s first major lithium start-up mine in more than a generation.

But it’s all about the geology.

The significant Rhyolite Ridge lithium and boron resources are contained in a mineral known as searlesite and sedimentary clay minerals that outcrop at surface that can actually be extracted by conventional open pit methodologies.

Additionally, searlesite is not really a “clay” in the traditional sense and can be chemically leached in vats on site to extract the valuable lithium and boron content.

It is perhaps little wonder then that Global Geoscience’s market cap has shot to just over A$400m and the company is sitting on an A$80m pile of cash.

These surveys measure the subsurface resistivity of rock formations, that can potentially identify the low resistance, high conductivity lithium brine accumulations at depth.

Based on the results, Reedy will generate a 3D model for the interpreted brine aquifers from the AMT data and potentially outline new exploration drill targets at the surveyed projects by the end of August.

Sitting on a market cap of just over A$5m this week, it could be an interesting ride for Reedy and its shareholders over the next 12 months or so, should it manage to snag another Rhyolite Ridge-style deposit or perhaps even replicate Caeneus’ brine success.

Only time will tell.