Near surface drill hits for Hot Chili at Cortadera

Hot Chili’s drilling at the Cuerpo 3 deposit within its Cortadera porphyry discovery in Chile has hit a 264m long, near-surface intercept of copper and gold mineralisation from just 52m down-hole, opening up the potential for future open-pit extraction. Another hole 250m to the southwest recorded a strongly mineralised porphyry system from surface to at least 313m depth, confirming the zone is also situated in shallow up-dip positions. 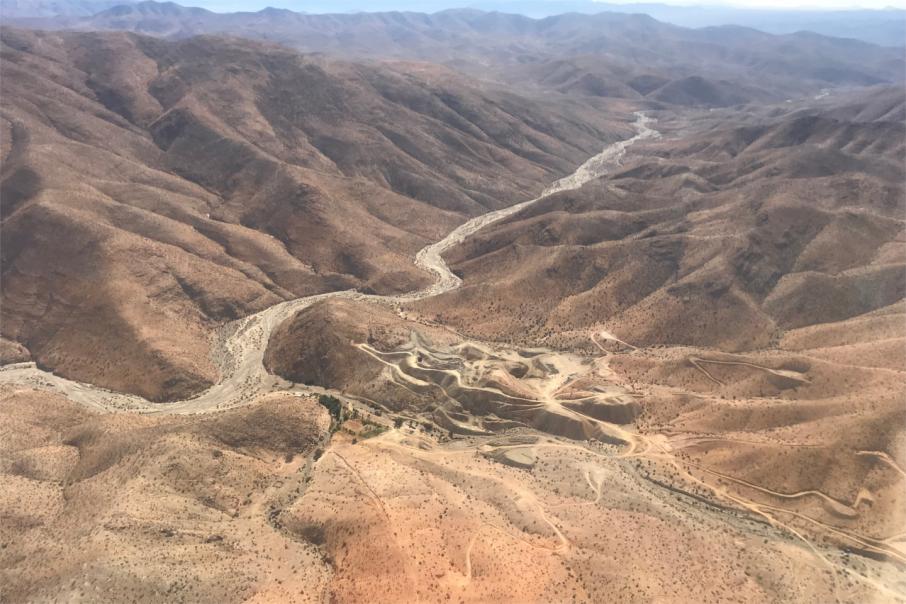 Perth based South American focussed porphyry copper-gold hunter, Hot Chili, is on a roll in Chile with yet another exceptionally long copper-gold drill hit – this one 264m long.

The encouraging new intersection is from the company’s Cortadera discovery in central Chile.

Management said the near-surface result demonstrates the continuity of the mineralisation across the entire ore zone and opens up the potential for open-pit extraction, based on the shallow nature of the intersection.

In addition, a new hole, about 250m southwest of the first has recorded a thick intercept within a strongly mineralised porphyry system from the surface to at least 313m down-hole.

Hot Chili said that this mineralisation is situated in a shallow, up-dip location at the Cuerpo 3 deposit.
These areas have never been previously targeted and the mineralised occurrences should significantly de-risk any future, higher-grade, underground mining development options at Cortadera.

Double shift drilling is scheduled to continue at Cortadera, with expansion drilling set to commence across both Cuerpo 2 and Cuerpo 3 in the coming weeks.

This work will initially focus on northern and southern extensions to the main Cuerpo 3 porphyry ore system, Hot Chili said.