Navitas getting over Macquarie

The listed education provider has weathered a tough 12 months, but investors will drive renewed support as long as it hits its full-year forecast. 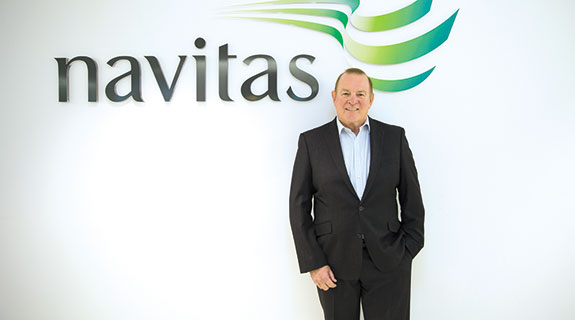 The listed education provider has weathered a tough 12 months, but investors will drive renewed support as long as it hits its full-year forecast.

Navitas’s share price was hit hard by the unexpected termination of its 18-year partnership with Macquarie University in July last year.

The stock slumped by more than 30 per cent on the back of the news that Navitas’s bridging school, the Sydney Institute of Business and Technology (SIBT), would only operate on Macquarie’s campus until early 2016.

Mr Jones said the group forecast earnings before interest, tax, depreciation and amortisation of between $162 million and $172 million.

“There is some scepticism out there that we will deliver on our 2015 numbers,” Mr Jones told Business News.

“We’ve made our forecasts and I’m stating categorically that we are not stepping away from them.”

Navitas recently announced a joint venture with the University of Western Sydney to provide a pathway college for international students on the Parramatta campus.

Known as the UWS International College, it will go some way to bridge the gap left by the decision by Macquarie.

Mr Jones revealed Navitas was also in negotiations for a number of other joint ventures.

He would not reveal the nature of the potential partnerships or the number of parties except to say there were “other things we will be announcing”.

Mr Jones admitted the Macquarie experience had changed how Navitas negotiated and structured its joint ventures.

“We were severely disappointed (by Macquarie’s decision) because we built that business to be a great business that was working beautifully for both of us,” Mr Jones said.

“We now have the capacity for a partner to step away but there is an exit mechanism.”

He said Macquarie completely ignored the value that Navitas had created, but the focus was now on the future and limiting any further fallout.

“We are absolutely looking to minimise the impact of Macquarie and we are confident we can do that in the next year or so,” Mr Jones said.

Navitas expects its enrolment growth will return to a more normal level of between 5 per cent and 10 per cent in the near future.

“We expect neutered growth for one more semester and then we will go back to a more normal growth pattern,” Mr Jones said.

Enrolments in Navitas’s University Programs colleges grew by just 3 per cent in the first semester of this year as a result of lower interest from Indian and Nepalese students, as well as the impact of the reduced enrolments at the Macquarie University-based SIBT.

In 2013, Mr Jones said, Navitas became aware that some Nepalese and Indian students had used false documents to support their enrolments.

In response, Navitas instigated stricter assessment criteria on student applications, which resulted in lower growth in student numbers from these countries.

Mr Jones said Navitas had been working through this spike in enrolments in the past 12 to 18 months and the stricter criteria, along with the lower level of enrolments from SIBT, explained the softer enrolment growth in the first semester of this year.

The federal government has also taken some action to address education industry concerns that some overseas students were coming into Australian on the university-only streamlined visa process and then transferring to cheaper colleges.

In late 2014, the Commonwealth government’s regulator, the Australian Skills Quality Authority, swooped on a large number of private training colleges, which claimed to offer fast-track courses.

These courses provided a way around long study commitments for students, who travelled to Australia to work not learn.

Mr Jones said be believed the federal government had learned the hard way the result of linking education and migration too closely, which led to widespread rorting of student visas back in the mid 2000s.

But it’s a complicated area and the weaker Australian dollar has cut the cost of learning in Australia for many overseas markets.

Pressure on public funding for universities as well as the political barriers to deregulating higher education fees are driving the growth of overseas enrolments.

However Navitas does not foresee a big impact on enrolments thanks to the softer domestic currency, particularly from regions like China where funding education has far bigger role than broadening a child’s career options.

“I don’t see the currency as having a major impact; many parents save for their child’s education since birth,” Mr Jones said.

On the domestic front, Mr Jones said fee deregulation was very important and vital to address the inequity between the fee burden on students at public institutions versus private colleges and training operations.

He said full fee-paying students paid about 125 per cent of the cost of their course because they were penalised for bringing the foreign funds into Australia.

This stood in contrast to Hecs students, who paid about 50 per cent of the cost of their course.

And Mr Jones said this wasn’t just an issue for school leavers.

“The speed of technological change is forcing people into a situation where if they want to keep a job they have to keep up skilling,” he said.

“The cost of education has increased dramatically and I don’t think any government will be able to fund education to the extent it has in the past or to meet the needs of the future.”

Editor's note: the enrolment growth figure reported in this story has been altered from the original story where it was overstated.