Our political leaders need to show a united front on the China-Solomons deal rather that trying to outmuscle each other. 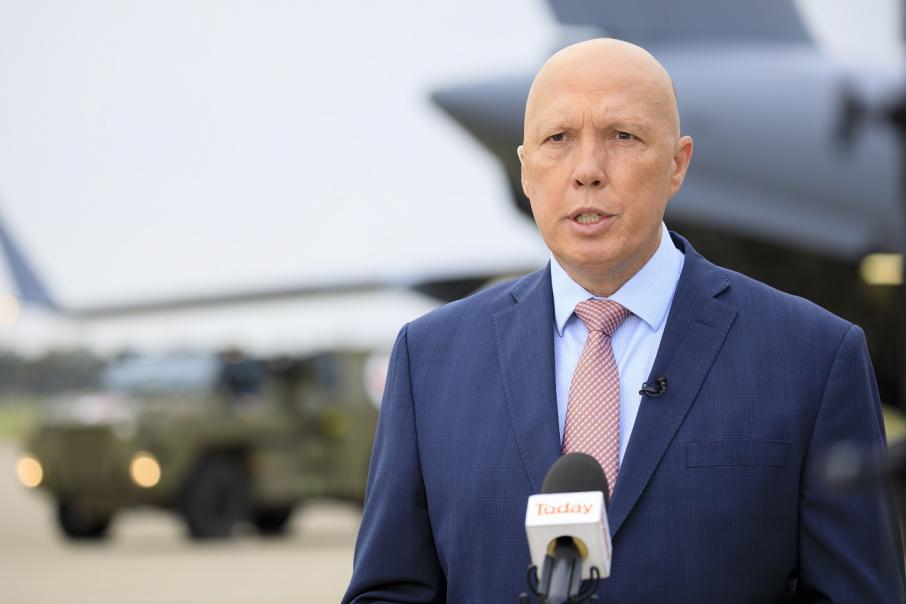 Peter Dutton was talking tough in the wake of the Pacific deal. Photo: Cpl Brett Sherriff

In addition to the geopolitical issues raised by China’s security agreement with the Solomon Islands, also concerning is the way Australia’s two major political parties are publicly arguing about.

Absorbed by all the brinkmanship of an election campaign, Labor and the Liberals have decided that national security is fair game for scoring points. They’ve hurled abuse daily in an almost childish approach to one of the most confronting developments since WWII.

“This is a government which has allowed China to set up on Australia’s doorstep,” Labor shadow treasurer Jim Chalmers said on April 24.

The response of the prime minister and Defence Minister Peter Dutton has been equally damaging to what must, in Australia’s best interests, be a unified approach to China’s strategy in the Pacific.

“The only way you can preserve peace is to prepare for war, and be strong as a country,” he said during a television appearance on Anzac Day.

“Not to cower, not to be on bended knee and be weak. That’s the reality.”

Mr Morrison said if China established any form of military base in the Solomons it would be his “red line” moment when it comes to dealing with the superpower.

“What do you mean by that?” a reporter asked.

“We won’t be having Chinese military bases in our region on our doorstep,” the prime minister responded ominously.

Believing there is electoral mileage in the Solomons situation, Labor pulled together a policy on the Pacific, which includes a defence school to train the armed forces of neighbouring countries.

I suspect the public, having endured two years of pandemic upheaval and then seeing a return to war in Europe, is trying to ignore the political rhetoric and park any suggestion of military conflict with China.

Mr Marles, in deciding to blame the Morrison government for the act of a totalitarian regime trying to widen its sphere of influence, opened himself up to scrutiny.

He and Labor leader Anthony Albanese have attempted to brush aside a speech Mr Marles delivered during a visit to China in 2019.

“Australia does not have an exclusive right to engage with the Pacific,” Mr Marles told the Beijing University audience.

“The basis of our interest in the Pacific cannot be about attempting to engage in the strategic denial of others.”

“And any country, including China, which shares this awareness and is willing to help in this endeavour should enjoy Australia’s support,” Mr Marles said.

Far be it from me to suggest that sounded like an invitation for China to go right ahead and secure a mutually beneficial agreement with the Solomon Islands.

A draft of the deal has been leaked and Xi Jinping would argue he just wants to help this tiny sovereign country deal with any challenges.

“Solomon Islands may, according to its own needs, request China to send police, armed police, military personnel and other law enforcement and armed forces to assist in maintaining social order, protecting people’s lives and property, providing humanitarian assistance, carrying out disaster response, or providing assistance on other tasks agreed by the parties,” article one of the draft reads.

It also allows for “ship visits” by the Chinese, and we’re not talking cruise liners.

“The relevant forces of China can be used to protect the safety of Chinese personnel and major projects in the Solomon Islands,” the draft reads.

Perhaps not what Mr Marles had in mind when spruiking a new paradigm in the Pacific’s relationship with China, which he also extended to “defence co-operation” with Australia.

Having read the entire draft, I did ponder – and assume – that Australia already has its own written agreement with the Solomons.

Mr Morrison has been at pains to point out everything we have done for the country. But by signing this deal with China, Prime Minister Manasseh Sogavare has poked us straight in the eye.

Nevertheless, it has happened. The deal is done. What we need now is for our political leaders to demonstrate a united front.

As desperate as Labor and the coalition are to win the keys to The Lodge, both should stop playing into Beijing’s hands by squabbling.

Behaving like hotheads during an election battle does not serve this country or its people well.