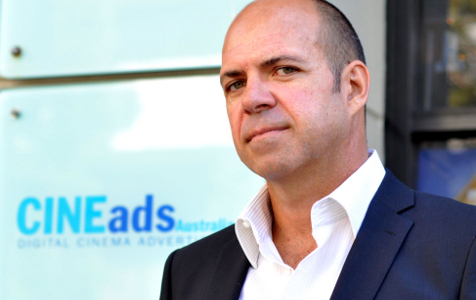 More than a decade after it exited the cinema advertising market in Western Australia, national media group Val Morgan has returned with the acquisition of local agency CineAds.

CineAds, which was established in Perth in 2003 by former Val Morgan senior executive Tony Brooks, provides advertising services across 200 cinema screens in WA and South Australia.

Mr Brooks worked for Val Morgan for more than a decade before establishing CineAds, following the national advertising agency's withdrawal from the WA market in 2002.

He remains as a director of the firm, but the day-to-day operations are now under the direction of managing director Wes Stansfield.

The Val Morgan Retail Media business operates more than 1,000 screens in shopping centres across Australia and New Zealand, while the PumpTV arm of the group operates around 1,000 screens at Australian petrol pumps.

"This is a complementary business to Val Morgan and will allow us to further develop our agency presence and profile in Western Australia and South Australia, while maintaining the high existing standards across the CineAds customer base," he said in a statement.

Val Morgan CineAds will continue be headed by Mr Stansfield, who will remain at the company's Perth office.

"We are excited about the opportunity to join forces with Val Morgan," Mr Stansfield said in a statement.

"The ability to access their resources and additional out of home media platforms enables us to vastly improve our offering to clients in the WA and SA markets."