Myanmar Metals’ extraordinary base metals play in Myanmar just got a little more extraordinary with the discovery of the Yegon Ridge lode that could reduce the already low strip ratio in the China Pit scoping study and significantly improve the project economics. The new find continues the company’s ongoing success in finding high grade mineralisation in areas that were too difficult to access for historical miners. 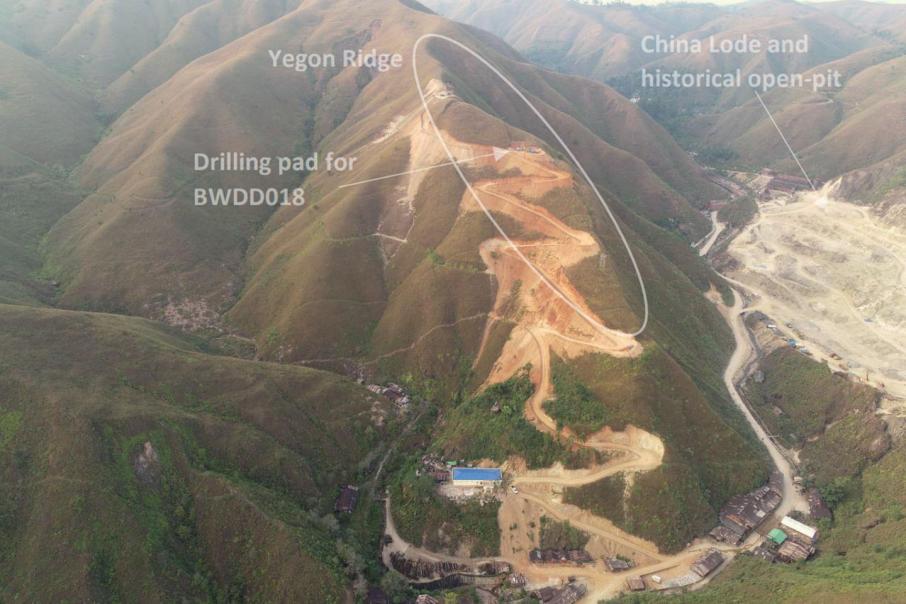 Just weeks after finding mineralisation in an area previously thought to be waste material at its flagship Bawdwin project in central Myanmar, Myanmar Metals has now discovered yet another new mineralised system to be known as the Yegon Ridge lode.

The new intersection of 16m grading 7% lead, 1.5% zinc, 145 grams per tonne silver and 0.9% copper from 170m down-hole on the opposite side of the Bawdwin valley from the three known deposits, also validates the company’s geophysical data.

Interestingly, this could just be the tip of the iceberg too as data from a geophysical survey indicates that the discovery hole only intersected the edge of a chargeable zone, with stronger anomalies defined 200m north and 100m south of the hole.

This new discovery within the edge of the China Pit shell was previously assigned as waste in the starter pit optimisation.

Myanmar also continues to intersect high grade zones not recognised in the current resource model in the Meingtha Gap, which was previously defined as waste due to the lack of underground sampling data.

Myanmar also said that a recently completed geophysical survey has identified a very strong chargeable zone in the highly prospective ER Valley that is located southeast of the Meingtha lode.

The intensity and dimensions of the ER Valley anomaly are similar to the China Lode chargeability anomaly.

An access track is being developed from the existing open pit to ER valley and initial drill testing of the chargeability target is planned for early 2019.

Additional surveys will also be conducted over the Bamboo Hill, Yegon South, Shan North and PR Valley anomalies with results expected in early 2019.

Myanmar Chief Executive Officer John Lamb said: “We are very excited about the discovery of the Yegon Ridge Lode, which brings the number of potentially mineable mineral lodes validated by modern drilling at Bawdwin to four. Further significant targets include ER Valley; the historical copper workings at Chin Lode and several other as-yet un-named anomalies.”

Commercial quantities of these three metals were produced from historic Bawdwin operations though they were not regularly assayed or reported in geological resource estimates at that time.

Mr Lamb added: “Bawdwin should be viewed as a mineral province. The district potential of Bawdwin is enormous and these new results give us great confidence that our systematic exploration program – the first in modern times – is working and that other IP anomalies, particularly the strong ER Valley target, may be directly related to additional new lodes.”

In September, Myanmar completed an interim scoping study for a 13-year “starter” open pit mining operation on the China Lode that effectively captures a large proportion of the company’s existing indicated mineral resources at Bawdwin.

The starter pit will produce just shy of 21 million tonnes at an impressive strip ratio of 2.8 to 1 with little “pre-strip” required. CAPEX costs are estimated at USD$191m.

The proposed operation has an initial mine life of 13 years and consumes just 26% of the current global mineral resource of 82 million tonnes whilst providing a cashflow and funding for life-of-mine infrastructure required into the future.

However, the new Yegon Ridge lode has the potential to reduce the strip ratio even further, potentially turbo charging the up-front project free cash flows.

And with Myanmar having the seemingly magical ability to turn waste into ore at Meingtha Gap and elsewhere, the economic outlook for the broader Bawdwin project is looking bright.