Perth-based Myanmar Metals is working hard to create a new chapter in the life of one of the worlds most fabled lead-zinc mines, the Bawdwin deposit in northeast Myanmar, where drilling began this week.
A 5,000-metre drilling program is now underway to boost confidence in an already impressive estimate for the potentially world class lead/zinc resource. 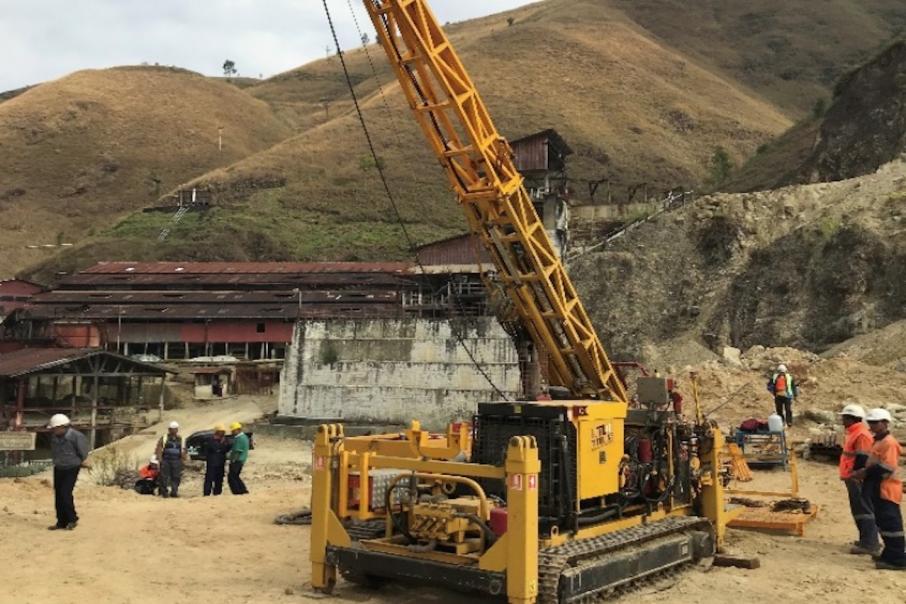 Seventy years after being destroyed in WWII, one of the richest mines in the British Empire could soon have life breathed back into it by Perth-based Myanmar Metals, ably supported by revered “prospector” Mark Creasy.

In July last year, Myanmar snapped up an option over 85% of the historic Bawdwin mine in northeast Myanmar, formally known as Burma, about 160km from China on the highway from Mandalay to Yunnan.

In its day Bawdwin was a fabulously rich mine, producing zinc, lead, copper, silver and gold. Records show about 500,000 tonnes of polymetallic ore was extracted annually from the Volcanogenic Massive Sulphide or “VMS” style deposit in the 1920s and 1930s at spectacular grades of 23% lead, 14% zinc, 1% copper and 540 g/t silver.

While that represents a modest, albeit super high grade mining operation by today’s standards, all indications are that historic mining has barely scratched the surface and Bawdwin still has the potential to be a world class asset in the 21st century.

In 1996, an independent consulting group prepared a total resource estimate for an ASX-listed explorer of 42.4 million tonnes grading 8.59% lead and 3.59% zinc. The study was confined to open pittable resources in the lower grade areas around the lodes that had been mined in the past. The report was shelved and mining had largely ceased by 2000.

The recent opening up of Myanmar to foreign investment has now created an opportunity for Perth-based Myanmar Metals to unlock Bawdwin’s potential for the first time since it was held by Herbert Hoover’s Burma Corporation almost a century ago.

Myanmar Metals CEO and Chairman is local mining industry identity John Lamb, who is well known in zinc mining circles in particular. He was General Manager of the Century zinc mine when it was the world’s second largest zinc producer, and went to work as General Manager of Tasmania’s Rosebery polymetallic mine, another VMS deposit with many similarities to Bawdwin.

He visited Bawdwin in October, just weeks after taking on the role of CEO, and is upbeat about the potential of the deposit and the volcanic belt that runs through it which has never seen modern exploration.

Lamb rates Bawdwin as one of the largest, underdeveloped high-grade lead-zinc-silver-copper deposits in the world. He points out that the only exploration since 1963 has been limited programs under the auspices of the UN and other global agencies.

Win Mynt Mo Industries, which granted the Bawdwin option to Myanmar Metals, last year conducted a shallow drill program above the Chinaman Lode to assess open pit potential. But in the previous 55 years there was only one program of 22 holes, conducted way back in 1976, and no geophysical surveys.

Myanmar Metals has set a cracking pace since Lamb got his feet under the desk.

The company also completed a $7m capital raising to fund development studies and secured Mark Creasy’s Yandal Investments as a cornerstone investor and largest shareholder with 16% of the share register.

The next major step on the pathway to production for Myanmar is the commencement this week of a 5,000-metre RC and diamond drilling program.

Myanmar is bringing in three rigs to fast track the program and have it wrapped up by March. The objectives are to upgrade the upper portion of the mineral resource from inferred to indicated status and collect material for metallurgical and geotechnical testwork. Assay results will begin flowing from mid-February, which should maintain the frenetic news flow.

Lamb said this week: “I am very pleased with progress over the Christmas period and with the positive and constructive nature of our discussions with the relevant Myanmar authorities. This dialogue and the overall advancement made to date is encouraging. Progress towards our goal to develop what is one of Asia’s most significant and under-developed zinc, lead and silver mines at Bawdwin remains well and truly on track.”

With zinc prices breaking through a ten-year high and zinc stocks on the London Metal Exchange approaching a critical shortage, there has rarely been a better time to bring one of the world’s zinc powerhouses back to life.