A detailed review of Myanmar Metals’ historic Bawdwin zinc-lead-copper mine in Myanmar has discovered a treasure chest of high-grade exploration targets.

The Perth-based explorer, backed by the revered Mark Creasy, last July snapped up an option over 85% of the historic Bawdwin mine, about 160 kms from China on the highway from Mandalay to Yunnan.

In its day, the mine was one of the richest in the British Empire, with about 500,000 tonnes of polymetallic ore extracted annually from the Volcanogenic Massive Sulphide or “VMS’ style deposit in the 1920s and 1930s at spectacular grades of 23% lead, 14% zinc, 1% copper and 540 g/t silver.

After its destruction in WWII, Bawdwin was re-opened in 1951 and nationalised in 1963, beginning a long period of declining investment and production.

The recent opening up of Myanmar to foreign investment has now created an opportunity for ASX listed Myanmar Metals to unlock Bawdwin’s potential for the first time since it was held by Herbert Hoover’s Burma Corporation almost a century ago.

Myanmar Metals’ primary focus is on developing a new mine in the immediate vicinity of the historic workings, however it is also keen to understand the opportunities for extensions of known deposits at Bawdwin and the volcanogenic belt that runs through it.

In-country geological specialist Valentis Services was commissioned to conduct an exploration review of the entire Bawdwin concession and its just-completed report confirms what looks to be considerable lucrative untapped potential at the project.

A number of high priority targets with strong potential for discovery were identified, including at least 30 known gossan outcrops with similarities to the original gossans above the known lodes at Bawdwin and at least 30 shallow historical mine adits outside the known mine area, with several containing substantial base metal sulphide intersections.

Myanmar Metals CEO and Chairman, John Lamb, said: “Bawdwin is considered to be in a very unique position in that it may be the only ‘Tier 1’-scale VMS deposit in the world that has not had any modern exploration programs or modern drilling, either searching for extensions to the known deposits, or on the regional targets.”

“As Bawdwin is a VMS-style deposit, we can expect repeated occurrences of wide, high-grade lenses similar to those already known to occur along the main controlling structures. The Valentis report highlights the considerable exploration upside yet to be investigated.”

A 5,000-metre RC and diamond drilling program is well underway at the project with the objective of upgrading the upper portion of the mineral resource from inferred to indicated status.

Sample will also be collected for metallurgical and geotechnical testwork.

With first assay results imminent and zinc prices at 10-year highs, investors will be watching closely with a view to familiarising themselves with one of the world’s great forgotten mining treasures.

Substantial shareholders as published in the annual report.
END_OF_DOCUMENT_TOKEN_TO_BE_REPLACED
Powered by Morningstar ®
Next Articles

Board change at TNG, Myanmar, Nelson 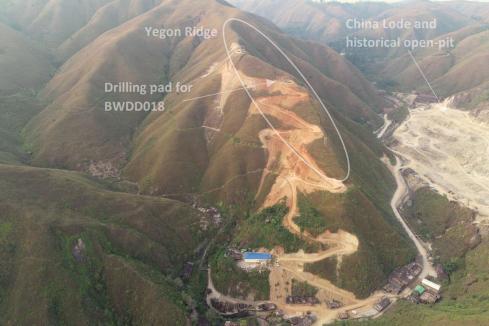 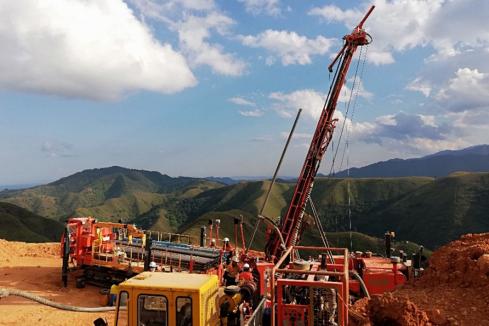