Much defence industry upside for state

WA has the all-round capability and potential to look beyond losing out on big submarine contracts. 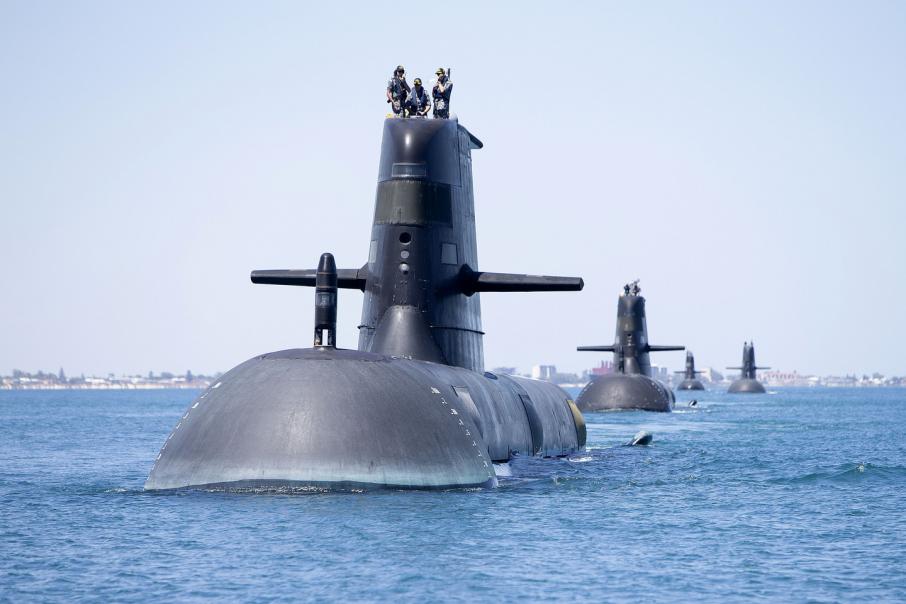 Nuclear submarines and the diplomatic implications of AUKUS have dominated headlines, but important from a Western Australian perspective is a connected decision on full-cycle docking (FCD) for existing Collins-class submarines.

The state government and WA’s defence industry had put themselves forward as a highly capable and strategically important option for the FCD work that was always earmarked for South Australia.

This step was taken in recognition of potential resource bottlenecks in South Australia.

Projections from the state government when announcing its FCD intentions in August 2019 indicated employment of 3,000 people at the peak of the program, and $8.4 billion in gross state product during the full tenure of FCD.

Federal Defence Industry Minister Melissa Price contends, however, that the value to WA is far less than that being suggested.

Citing Department of Defence calculations in an interview with Defence Connect, the minister noted that the additional revenue would have been $100 million per year.

Over the life of the FCD program, there is certainly some discrepancy in the total impact.

Regardless, it represented a significant potential program for WA industry.

It was disappointing when Prime Minister Scott Morrison announced SA would continue to be the home for FCD, describing it as strategically important.

There was always a belief in WA that co-locating FCD with operational bases in the state made significant operational and strategic sense.

It goes some way to explaining the reaction of WA Defence Industry Minister Paul Papalia, who accused the federal government of “ignoring the national interest in the process” and went on to remark that “Western Australia’s defence industry has every right to be deeply aggrieved”.

“We have the industry expertise, the infrastructure and the capability to accommodate a much larger share of Australia’s defence industry work.”

Despite this disappointment, there are reasons to remain optimistic in the WA defence sector.

As Ms Price noted: “We have got two excellent locations in Australia for shipbuilding: Western Australia and South Australia.

“And we need thousands and thousands of more people to be able to live and work in both of those states.”

Both Henderson Alliance and the Australian Industry and Defence Network of WA (AIDN-WA) have released public statements about the FCD decision and the bright future.

Rohan Green, chairperson of Henderson Alliance, said “there’s hardly been a mention about the enormous opportunity now presented to the WA defence industry”.

Brett Peek, AIDN-WA Vice-Chairperson, called into focus “the exhibited collaboration, knowledge-sharing, and willingness to overcome barriers across all stakeholders in WA” as part of the FCD push that sets the industry up for greater success in the future.

Among the reasons for continued optimism are many programs, some mentioned by Mr Morrison, including:

• Collins-class submarine intermediate and mid-cycle dockings at Henderson through to the mid-2040s with 500 jobs.

• The Arafura Class Offshore Patrol Vessel build will continue at Henderson, at $3.9 billion and 265 WA jobs at its peak.

• Development of mine counter measures and a military hydrographic project; $5 billion and 250 WA jobs at its peak.

• Austal delivering on the Guardian and Evolved Cape Class patrol boats programs; $510 million and $343 million respectively, with 630 WA jobs at its peak.

• Up to four undersea surveillance support ships, starting after 2025, to be built in WA, valued between $6 billion to $9 billion.

• Among Mr Morrison’s FCD statements was the commitment by his government to work with the state government on delivering the largevessel dry berth infrastructure identified in the 2020 Force Structure Plan.

This simply addresses the shipbuilding and sustainment sector, and WA has much to offer in land, air, cyber and research domains among other world-class capabilities.

It is time for WA’s defence industry capability to emerge from the shadow of the FCD program and show its full potential.

•Kristian Constantinides is the general manager of Airflite, and chairperson of AIDN-WA; the opinions expressed are purely his own