St George Mining continues to gain momentum at the Mt Alexander nickel project with its latest round of metallurgical test work returning excellent results that show solid nickel and copper concentrate grades with promising recoveries of both metals. The concentrates also show a wealth of by-product credits that include lucrative levels of platinum group metals, silver and cobalt. 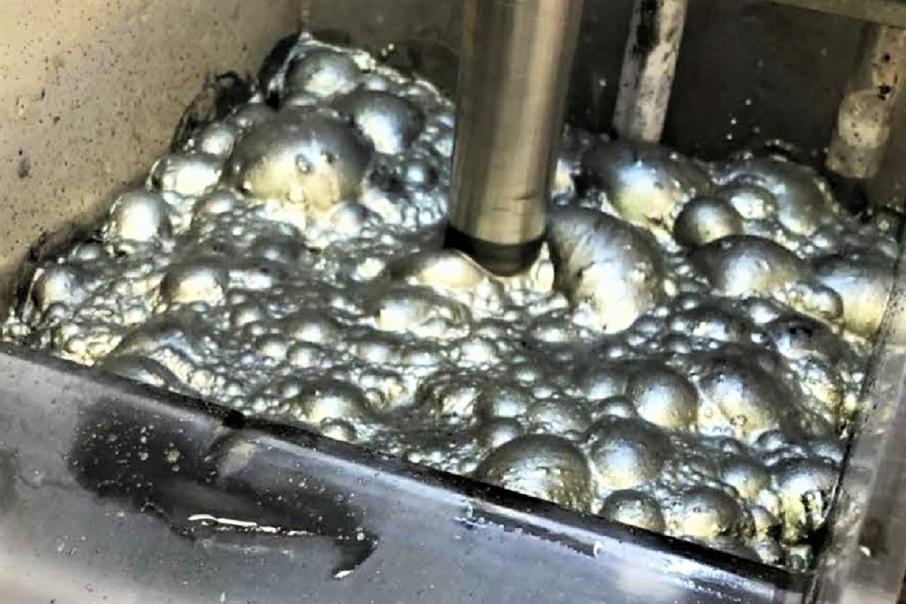 St George Mining continues to gain momentum at the Mt Alexander nickel project with its latest round of metallurgical test work returning excellent results that show solid nickel and copper concentrate grades with promising recoveries of both metals. The concentrates also show a wealth of by-product credits including lucrative levels of platinum group metals, silver and cobalt.

St George’s Mt Alexander nickel sulphide project is located in the eastern Goldfields of Western Australia, approximately 100km west of Leonora. The project covers a large strategic land holding over the nickeliferous Cathedrals Belt where the company has made a string of sulphide discoveries extending over more than 16km of strike.

The target horizon at Mt Alexander has now been defined down to more than 400 metres below surface leaving the region ripe for a potential company making discovery.

St George’s metallurgical test work forms a key component of its evolving development program over the project with the ongoing diamond drilling program providing bulk samples for testing – the preliminary test program is being carried out by Strategic Metallurgy in Perth.

“The high quality of our Mt Alexander mineralisation has been confirmed with separate clean nickel and copper concentrates produced from both the massive and disseminated sulphides.”

“Importantly, we are seeing high values of PGEs, cobalt and silver – all of which could generate significant credits and have a positive impact on the economics for a potential mining operation at Mt Alexander which is currently being assessed by ongoing studies.”

The first-pass ore testing program has focussed on both disseminated and massive nickel sulphide ores from the Investigators discovery. These ores produce separate high-quality concentrates with the massive sulphide mineralisation providing the stand-out results from the testing program – work is focused on the use of conventional floatation to produce the concentrate streams.

The disseminated ores produced a 13.5 per cent nickel concentrate with 8.10 g/t PGEs and a 62 per cent metal recoveries whilst the 25.1 per cent copper concentrates contained an impressive 18.1 g/t PGE’s with a 59.8 per cent recovery of metals into concentrate.

Importantly, the nickel concentrates from both the massive and disseminated ores contained more than 0.5 per cent cobalt, whilst the copper concentrates hosted up to 52 g/t silver as a credit – potentially a welcome boost to the economics of any future production from Mt Alexander.

St George has commissioned a more detailed metallurgical study of the ores from the near-surface Stricklands deposit in the central project area which may be amenable to open pit mining. The company has compiled a bulk sample of 300kg of large diameter PQ core that has been dispatched to XPS in Canada for testing.

The Stricklands samples are undergoing a full battery of test work to develop a flow sheet for the potential mining and processing of the deposit. This information will be incorporated into the scoping study for the development of Stricklands with a view to using cash-flows from its operation as a stepping-stone to finance the development of the Mt Alexander field.

The results of the Stricklands scoping study are due in the coming months.

The company looks to be gathering steam now as it charges towards the completion of its maiden scoping study before the close of 2020.