Around-the-clock diamond drilling by St George Mining at its evolving Mt Alexander base metals project in WA’s north-eastern Goldfields is starting to pay off, with recent results confirming deeper massive nickel and copper sulphide mineralisation at its exciting Investigators prospect. Two large step out holes, which were completed to test deep electro-magnetic conductors, intersected a range of sulphides at previously unexplored depths. 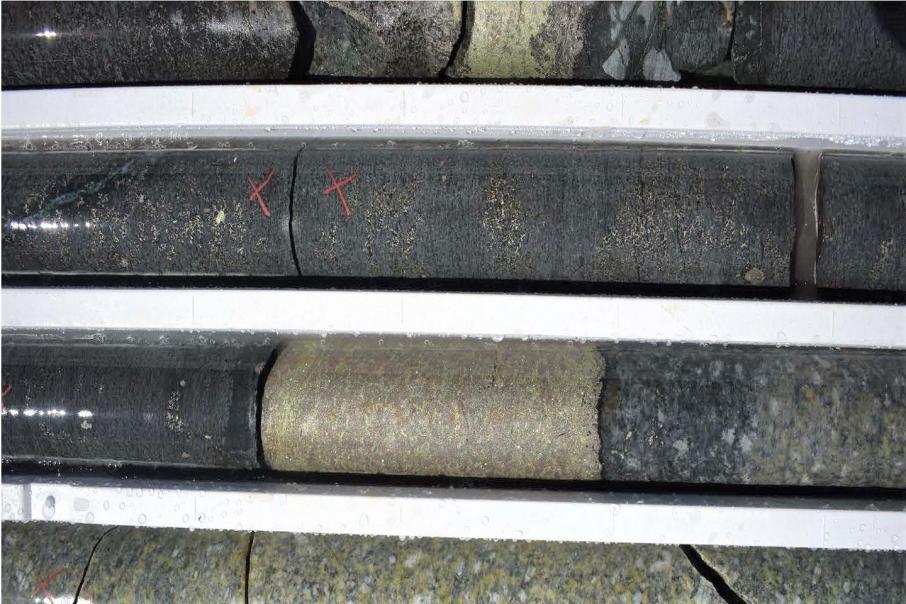 The latest results have reaffirmed St George’s belief that it is sitting on an east-west strike of nickel-copper sulphide mineralisation, potentially to a depth of more than 800 metres.

Moreover, the down-plunge extent of the high grade mineralisation has increased to more than 300m and is now open to the north west and down-dip.

According to the company, the intercepts are consistent with mineralisation that has been structurally remobilised from a larger and nearby source of high grade nickel-copper sulphides.

This could mean that the Cathedral Belt, which hosts Investigators and sits within the Mt Alexander tenements, is more akin to an intrusive mineral system – like the massive Raglan, Voisey’s Bay and Norilsk ore bodies – rather than a typical Kambalda-style extrusive deposit.

The first hole revealed just over 11m of ultramafic rock containing a mixture of massive and disseminated sulphides with grades of up to 7.2% nickel and 3.88% copper, from a depth of 263.1m.

Meanwhile, the second hole also revealed ultramafic rocks with massive, strongly disseminated, stringer, disseminated and rare disseminated sulphides ranging from just under 5% to up to 80% sulphides.

Down-hole EM has the capability of detecting the presence of dense ore minerals such as chalcopyrite – which is copper iron sulphide.

A downhole EM survey is now planned to investigate further mineralisation around these holes.

The current drilling is targeting an area of strong SAMSON EM anomalism that has yet to be explained by drilling and is interpreted as likely to be related to further nickel-copper sulphide mineralisation.

St George Mining Executive Chairman John Prineas said: "With only limited drilling at depth, we believe there is strong potential to significantly increase the scale of defined mineralisation, both along strike and at depth.”