More smoke for Legend as it seeks fire in Fraser Range

Legend Mining has announced anomalous nickel-copper assays from an aircore drill program at its Rockford project in the Fraser Range of W.A. The work returned results up to 37m @ 0.34% nickel and 0.22% copper from 56m depth, extending the mineralisation at the Area D prospect to over 300 metres. The company also reported that end-of-hole drill chips contained nickel-copper sulphide minerals. 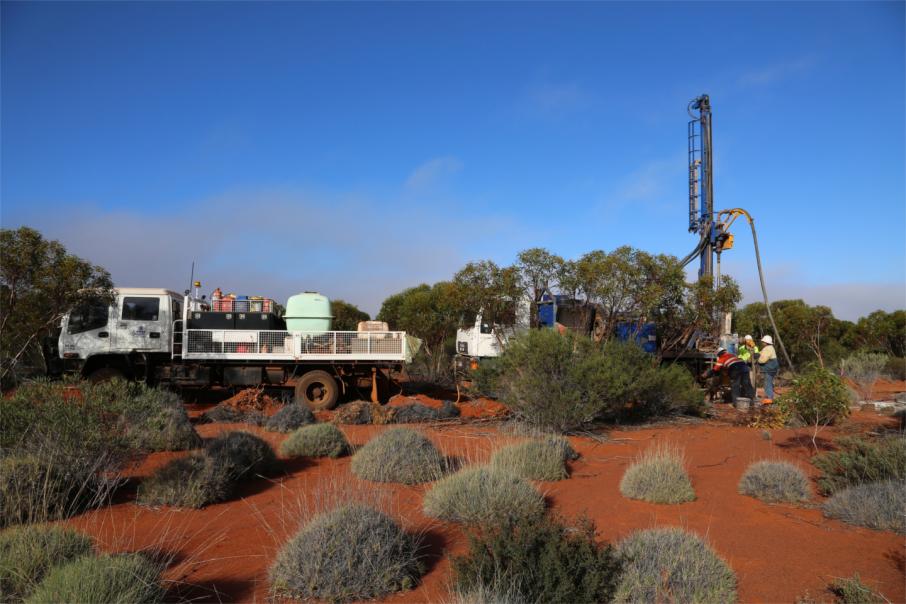 Legend Mining has now defined a number of encouraging nickel-copper-cobalt grades over more than 300 metres in a highly prospective weathered gabbronorite rock sequence at its emerging Rockford project in the coveted Fraser Range of Western Australia.

An infill aircore drilling program at the Area D prospect intersected disseminated sulphides in all holes completed, returning results up to 37 metres grading 0.34% nickel, 0.22% copper and 0.03% cobalt from 56m to the end of hole.

This is compelling, because the Rockford project contains the same rock sequences and base metal mineralisation hosted by the famed Nova-Bollinger nickel-copper deposit, 120km to the southwest, discovered by Sirius Resources in 2012.

Legend Managing Director Mark Wilson said: “This is fertile ground for the style of nickel-copper orebody we are seeking. Each hole in this section has ended in mineralisation. Petrology has shown that we have sulphides in the right host rock and sulphides have also been logged in a further five holes”.

Legend is attempting to vector in on a new nickel-copper find at its Rockford project, based on the continuity of anomalous mineralisation it has now identified at the Area D prospect.

The company is planning to continue with broad spaced drilling traverses over other geophysical aeromagnetic and gravity features identified at the prospect, specifically targeting mafic-ultramafic rock sequences that are prospective for nickel and copper.

The company is undertaking a full view of its moving and fixed loop geophysical electromagnetic survey data for Area D and will incorporate all existing drilling data into the ongoing study.

The objective of the review is to design further innovative electromagnetic surveys to refine exploration for nickel-copper sulphide ore systems and the new surveys are nominally scheduled to commence in the third quarter of 2018.