More ounce to the tonne gold for King River

King River Copper has announced further outstanding drilling results from the narrow, but high grade Trudi Vein at its Mt Remarkable gold project near Kununurra in W.A. Several intersections returned bonanza grades near surface at the intersection with the Grahame Vein. The best result was 4m @ 36.77 g/t gold from 7m down-hole, including 1m @ 70.9g/t from 9m. Exploratory drilling is ongoing at the property. 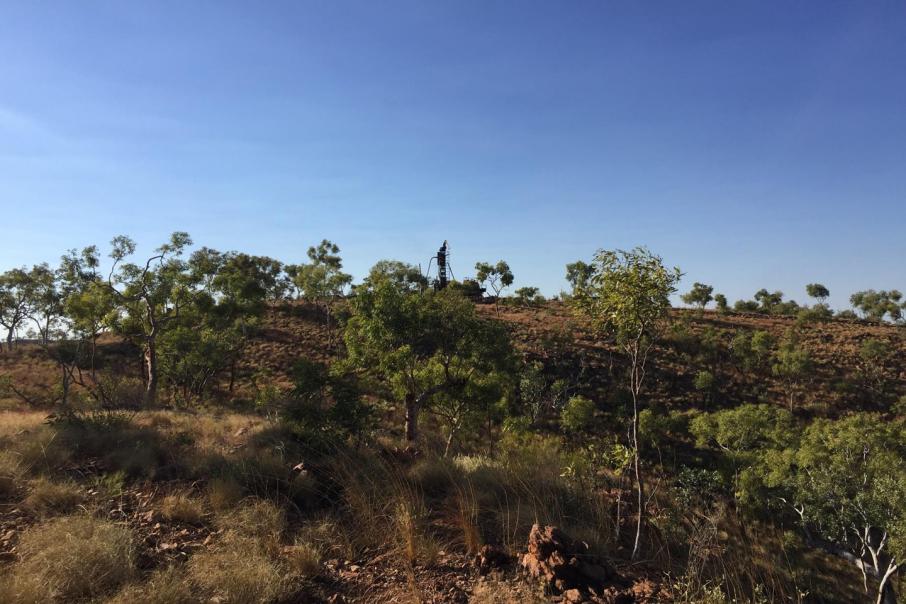 ASX listed King River Copper has hit ounce to the tonne dirt again at its Mt Remarkable gold project near Kununurra in W.A. The gold and vanadium hopeful recently announced some bonanza drill hits from its Trudi Vein prospect including 4 metres grading 36.77 grams per tonne gold from just 7m down-hole, including a bonanza 1m @ 70.9g/t from 9m.

A wider intersection of 5m @ 9.03g/t gold from 8m included 1m section at near an ounce to the tonne gold from 10m deep.

The new results lie about 20m up-plunge from the high-grade June result, which returned a staggering 4m @ 113.29g/t gold from 23m down-hole at the Trudi Vein.

The company also announced results from drilling about 30m down-plunge of the June result, with better intersections returning 10m @ 1.95g/t from 50m down-hole, including 2m @ 8.39g/t from 50m deep.

King River has currently defined the Trudi Vein over at least 100m down-plunge from surface, although it appears that the bonanza grade gold intersections may be controlled by the intersection with the cross-cutting Grahame Vein near surface.

The company said that drilling in the coming month would focus on further edge delineation of the Trudi Vein and extending exploratory work down-plunge to seek higher-grade zones of intersecting vein sets.

The same hole also produced a 4m composite from 44m down-hole that returned an interesting copper grade of 1%, associated with copper sulphide mineralisation.

According to the company, the vein set strikes over about 900m and it is planning a further 6 holes in August to follow up this new result.

King River management said  “The intersection of this flat east trending Grahame trend with a steep west plunging veining association has now been interpreted as the most likely control over the bonanza 100 g/t+ type grades reported in June.

“The recent identification of new epithermal gold mineralisation ~4 kms to the SW of the Trudi Vein may also prove significant for identifying potentially new higher grades and shoots along strike and/or down dip.”

Drilling is also ongoing to the east of the main Trudi Vein and this 600m long area will receive more attention in coming months, as King River works towards expanding the limits of the gold mineralised envelope at the aptly named Mt Remarkable project.