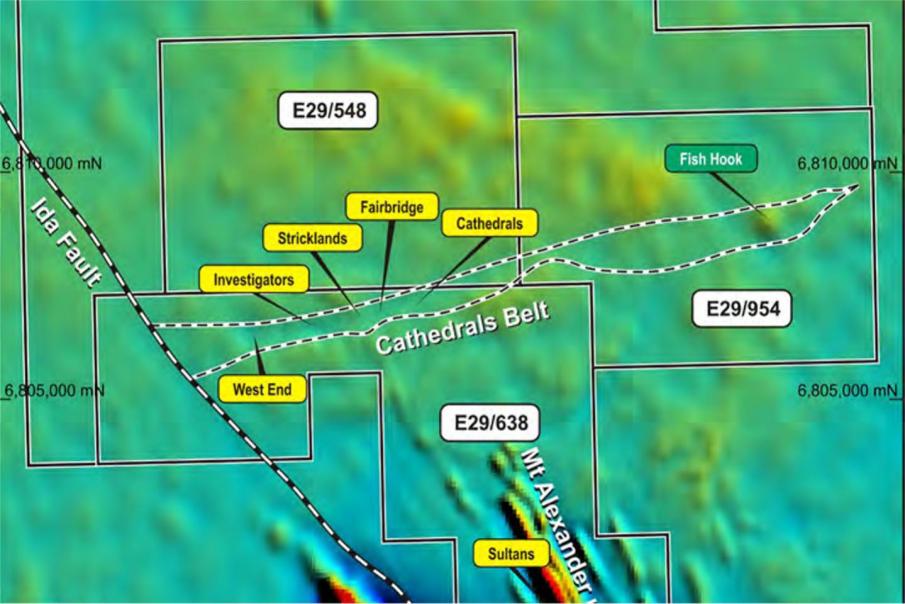 ASX-listed base metals explorer St George Mining has produced more encouraging results with the drill bit, turning up high-grade nickel, copper, cobalt and PGE mineralisation from its latest program at the Investigators prospect.

The new assays have confirmed the continuity of mineralisation down-dip and turned up 10 metres grading 2.47% nickel, 1.06% copper, 0.07% cobalt and 2.52 grams per tonne platinum group elements, or “PGE”, from 142m down-hole.

These results come on the top of a recent geophysical interpretation for the broader Mt Alexander project, which produced two strong conductive responses to the north of the current drilling at Investigators, providing high-priority drilling targets for the company.

Step-out drilling has been planned to evaluate these new anomalies and management said that any new delineation of mineralisation would represent a substantial increase in the prospective footprint at the project.

“Ongoing step-out drilling is being planned … with two SAMSON EM anomalies in the northern section of the prospect area lined up as high-priority targets for the upcoming drill programme.”

“The SAMSON anomalies are corroborated by data from two separate geophysical surveys – the recent Sub-Audio Magnetics (SAM) survey as well as a prior moving-loop EM survey, and are compelling drill targets for the discovery of additional mineralisation.”

The company also completed a small number of exploratory drill holes at the Sultans prospect, about 8km to the southeast of the Cathedrals Belt mineralisation, where historical drilling by BHP in 2008 turned up narrow, high-grade nickel intersections.

St George was able to confirm the mineralisation, with a new hole recording a metre at 1.19% nickel and 0.17% copper from 169m down-hole.

According to the company, the work has now outlined 180m of north-westerly strike on the mineralised zone at Sultans.

A down-hole electromagnetic survey completed for the mineralised drill hole identified an off-hole conductor for follow-up work, which St George will now model in 3D to assist in designing future drill holes at Sultans.

The Mt Alexander project is located near Leonora in the northern Goldfields region of WA, where the company holds a 75% stake in a joint venture with Western Areas and also manages the project.

High-grade nickel-copper-cobalt-PGE mineralisation has been located at the Cathedrals, Investigators and Stricklands prospects at Mt Alexander, with numerous other regional targets situated over more than 15km of the broadly east-west strike.

This work program is designed to tie down drilling targets at those prospects, which have received little exploration attention in the past.