BlackEarth Minerals has received another outstanding set of high grade graphite assays from its surface trenching program at the Ianapera project located in southern Madagascar. Best results included 14m grading 10.36% total graphitic carbon, which incorporated 2m @ 23.9% TGC and 2m @ 10.9% TGC. The trench samples approximate the true width of the mineralisation and outline the potential for a significant resource tonnage. 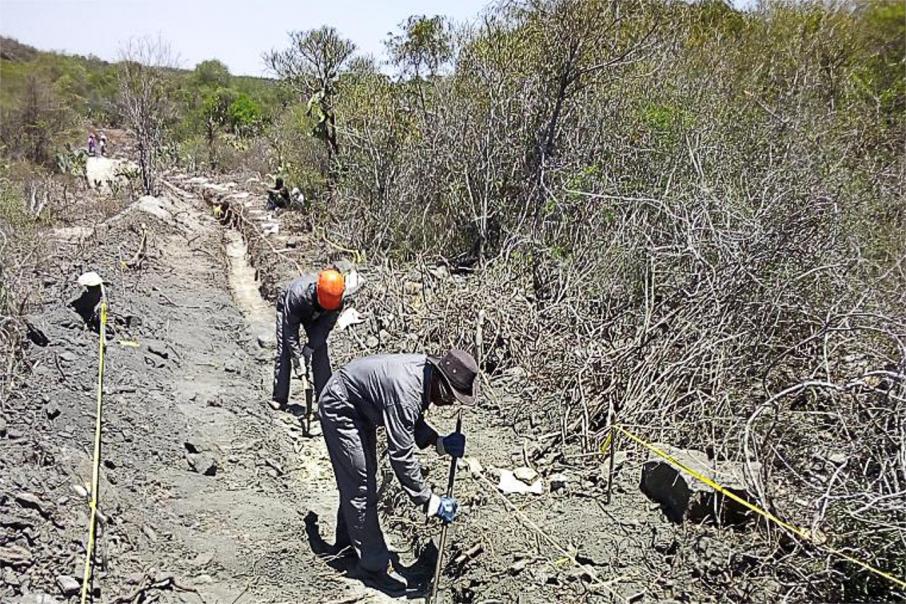 Hot on the heels of last week’s cracking high-grade graphite results from BlackEarth Minerals’ Ianapera project in southern Madagascar, the company has served up another set of mouth-watering assays from the emerging play.

The new trench assays overlay wide intersections of surface outcropping graphite mineralisation and are situated along strike to the south of last week’s 18m trench sample that produced an exceptionally high-grade result of 22.06% TGC.

According to the company, the results continue to highlight the significant potential of its Ianapera graphite project.

BlackEarth Minerals Managing Director Tom Revy said: “To have the discovery of further significant trenches along strike of the previously announced results of 18.0m @ 22.06% TGC, is an exciting development for both the Board and shareholders alike.”

“Given the current data that now exists, the Board believes that Ianapera has the potential to host multiple high-grade graphite deposits in the area.”

The trench samples approximate the true width of the mineralisation and therefore outline the potential for significant resource tonnages at high TGC grades for the project if the ore system continues to depth.

The initial trenching results from Ianapera represent some of the highest graphite grades being achieved globally at present.

The company undertook the maiden trenching program at Ianapera late last year and covered about 4.5km of strike on highly conductive zones that were inferred to host graphite mineralisation from an interpretation of the available geophysical survey imagery.

NextSource has a 40-year mining permit granted over the Molo project and is moving closer to financing and building that project.

The company said that this region of Madagascar could potentially become a global hub for graphite mining production and processing, located only a short distance from the coastline, which faces the Indian Ocean.

BlackEarth’s emerging Maniry graphite project is centred about 70km south-southwest of Ianapera and is located even closer to the coast.