Bellevue Gold’s attempt to expand the footprint of its exciting Deacon and Mavis gold discoveries in WA’s Goldfields seems to be paying off, with a step-out diamond hole returning gold intercepts of 3.8 metres at 13.9g/t gold at Deacon and 1.7m at 5.9g/t gold at Mavis in the same drill hole that contained quartz, sulphides and visible gold mineralisation, just 400m east of historical underground mine workings. 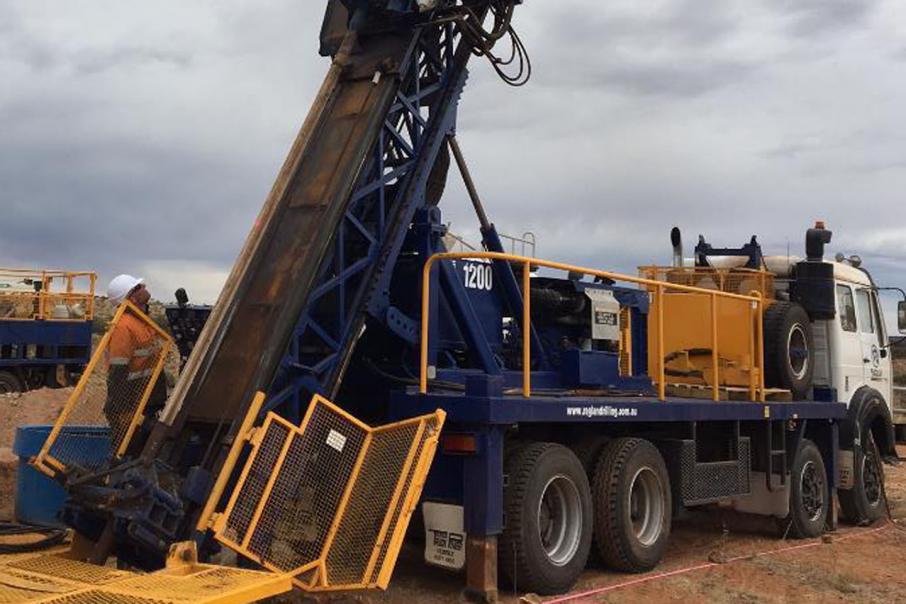 The hole was well planned, with the upper intersection penetrating the Deacon lode discovery, while the narrower intercept went straight through the Mavis discovery zone.

Meanwhile, another step-out hole testing 120m up-dip of the first, intersected 0.8m at 36.9g/t gold from 535.7m and further boosted Bellevue’s confidence in the continuity of the Deacon lode.

Results are now pending on a larger 350m step-out drill hole further to the north that intercepted visible gold mineralisation, the company said.

Located around 350 kilometres north of Kalgoorlie-Boulder in the Agnew-Wiluna greenstone belt and conveniently located adjacent to the dormant Bellevue mine infrastructure, the Deacon discovery area – including Mavis 60m to the east – covers a target area approximately 1.7km long by 260m wide and remains open in every direction.

Each hole drilled into the Deacon target passes through the Bellevue lode before entering the new Deacon and Mavis discoveries at deeper levels.

The current drilling program is designed to test both discoveries’ northern extent and depth potential and infill those regions deemed to be prospective by electrically conductive down-hole electromagnetic, or “DHEM”, geophysical survey responses.

Bellevue views the Deacon and Mavis discoveries as significant due to the size of their mineralised footprint, the EM conductors identified nearby and the initial high-grade gold drilling results, which are comparable to the main Bellevue lode.

Mineralisation at Bellevue has a strong ore shoot control to the high-grade mineralisation and the majority of gold produced at the historical operation was hosted in a relatively small percentage of the total lode volume.

Recent extensional lode drilling at Bellevue threw up a number of encouraging results including 2.8 metres grading 46.9g/t gold from 175m down-hole and 2.1m at 7.0g/t gold from 84m.

Bellevue Managing Director Steve Parsons said: “This discovery is yet another ‘game-changer’ at the project, given the significant scale and new entirely untested geological sequence to the east which has opened up exploration in the third dimension.”

“The Bellevue mineralisation system is resembling … other significant large-scale and long-life operating mines in the Goldfields region of WA due to its large mineralised footprint and multiple lodes.”

“The DHEM testing has truly been revolutionary for exploration at the project, allowing the rapid ranking of and targeting of prospective structures.”