More base metal anomalies for Legend in Fraser Range

Legend Mining’s aircore drilling program for its Area D prospect at the Rockford project in the Fraser Range of WA has given the company encouragement that it is zeroing in on a larger mineralised system. Recent assay results from drilling at the D4 and D5 conductors turned up strongly anomalous nickel, copper and cobalt results, as the company seeks to define a high-grade sulphide system in the area. 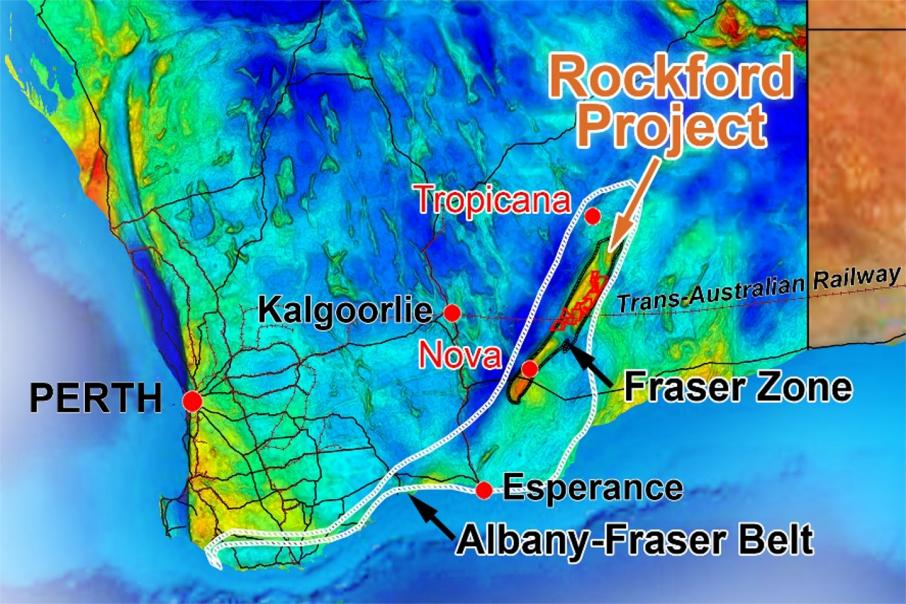 Legend Mining’s follow up drilling on its Area D prospect at the Rockford project in the Fraser Range region of WA has delivered the goods, with aircore drilling of the D5 conductor producing strongly anomalous nickel, copper and cobalt assays.

Legend also ran two long 3D induced polarisation, or “IP”, surveys commencing at the western end of the Area D base metal anomaly, however, the technique was unable to penetrate more than 100m depth, due to the conductivity of the overlying cover.

So, the company has gone back to the drawing board to investigate alternative ground-penetrating geophysical methods to assist in the ranking and prioritising for later diamond drilling at Area D.

Legend Managing Director Mark Wilson said: “The new assays have increased the footprint of the highly anomalous nickel-copper-cobalt geochemistry over the D5 conductor and has added robustness to the target horizons at this location.”

“The IP was unable to penetrate the cover and we are now investigating alternative geophysical methodologies to assist in target selection for diamond drilling.”

Recent assays from an infill aircore drilling program at the company’s Crean and Worsley prospects centred about 70km southwest of Area D, also produced anomalous base metal results, as it fires on many fronts at the expansive Rockford project.

The former hole also terminated in mineralisation at 54m depth.

According to the company, the assay results and rock sequences logged at Crean were indicative of a magmatic nickel-copper intrusive related style of mineralisation, not dissimilar to Independence Group’s Nova-Bollinger mine located further southwest.

The favourable ultramafic intrusive host rock intersected at Crean is at least 200m long and remains open to the south.

The company also revealed some interesting copper-zinc-silver values at the Worsley prospect, located about 9km northeast of Crean.

In 2018, Legend drilled a 9-metre intersection going 0.09% copper, 0.06% zinc and 1.47g/t silver from 88m down-hole at Worsley, likening it to Independence Group’s Andromeda volcanogenic massive sulphide, or “VMS”, discovery to the southwest.

Worsley was defined by a large electrical conductor, previously delineated by the company in an MLTEM survey back in 2017.

The infill aircore drilling assays have provided good signs that Legend may be close to defining its own VMS mineralised system at Worsley.

With a run of recent success with its infill aircore drilling programs at Area D, Crean and Worsley, the company’s patient, steadfast and targeted programs in the Fraser Range continue to show plenty of smoke in this prospective region.

Where there’s smoke, there’s fire and with Nova-Bollinger and the Creasy Group’s Silver Knight base metal deposit located not far away in the same rock sequences to the southwest, Legend will keep up its focussed exploration effort in the Fraser Range for some time yet.