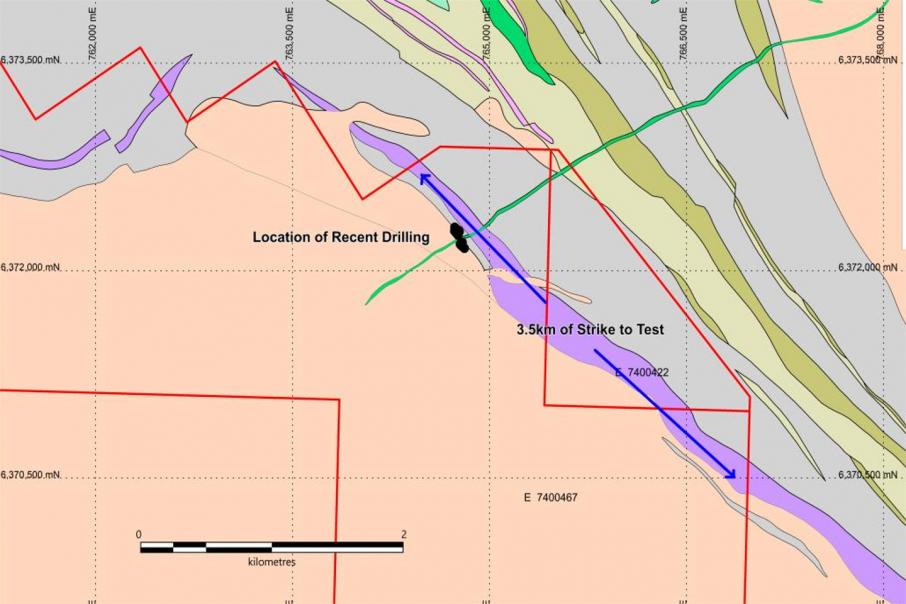 Better results include 3 metres at an impressive 38.33g/t gold from only 21m down-hole, including 1 metre grading more than 3 ounces to the tonne gold from 22m.

Classic management said the short RC drilling campaign was conducted over 200m of strike at the prospect and was particularly focussed on shallow, up-dip testing of October’s high grade intercepts.

It was also designed to test strike extensions to the north of those earlier results.

The ore zones defined at Kat Gap thus far lie adjacent to the geological contact between granite and greenstone rock sequences, areas that have not been adequately targeted across the broader Forrestania greenstone belt in the past.

The ore system remains open in all directions, with the company saying that the high grades and shallow depths of the gold mineralisation at Kat Gap have enhanced the economic viability of establishing a future open pit mining operation at the deposit.

Classic CEO Dean Goodwin said: “The Forrestania gold project just keeps on getting better and better, delivering more great results for Classic and its shareholders. … these shallow high-grade zones of mineralisation … clearly demonstrate that significant gold mineralisation is located just beneath the surface.”

“The next stage for Kat Gap is to commence an aggressive RC drilling program extending the known mineralised zone north and south from our current drilling area. The plan is to focus our attention on an 800m long section of the main granite-greenstone contact where existing historical drilling is on 100m spaced lines.”

“This work should give us (an) … idea of how good this system really is. A few deep diamond holes will also be incorporated into the program to probe at depth 200-300m below (the) existing drill coverage.”

The new RC and diamond drilling programs for Kat Gap are scheduled to kick off early in 2019.

According to Classic, historical drilling at Kat Gap dates back about 20 years or so and was completed on a regional campaign basis with wide drill sections between 100m and 200m apart.

The company believes there is now significant potential to extend the known gold mineralisation up-dip, down-dip and along strike over the 3.5km of the prospective contact it controls in this region.

The prospective area at Kat Gap contains a strong, coherent, +50 parts per billion gold-in-soil anomaly stretching over 5km of strike at the granite-greenstone contact, which has only been drill tested over about half of this length so far.

2019 is shaping up to be defining year for Classic in the under-explored Forrestania greenstone belt as it juggles its greenfield exploration targets at Kat Gap and Van Uden West and more advanced gold plays at the Lady Ada, Lady Magdalene and Lady Lila prospects.