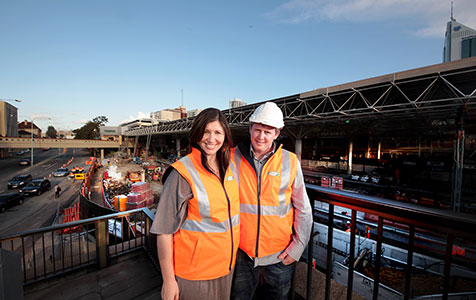 Construction contractor Monford, which was one of 10 winners in this year's Business News' Rising Stars awards, has made the finals in another business awards program, along with communications company Lush TV and consulting group Momentum Partners, among others.

The companies are three of the 24 finalists in the Telstra Western Australian Business Awards, which will see a range of businesses compete in five categories, start-up, micro-business, small business, medium business and regional.

Monford's chief financial officer, Carley Maloney, said the group was very proud to be nominated for the award and thanked Monford's staff for their efforts

She also added that the nomination, along with other awards the company had received this year, was a mark of Monford's success.

Former winner of the micro-business award in 2012, Lush TV, has featured again this year as a finalist in the small business award.

Lush TV's chief executive, James Lush, said it was thrilling to be nominated a second time and served as a reinforcement of the company's role in facilitating communication between businesses and their audiences.

"For us it simply validates our belief in the ever growing importance of content media and quality story telling and lends weight to the very modern media business model that we are operating," he said.

"The calibre of Western Australian finalists in this year's awards is outstanding and goes to show why small and medium businesses are the backbone of Australia," he said.

Winners of the awards will be announced on the 23rd of July with the winners sharing a prize pool of $500,000 worth of cash and business products.