The anniversary celebrations for Council House this week serve as a reminder of the value of each era’s contribution to the architecture and design of Perth. 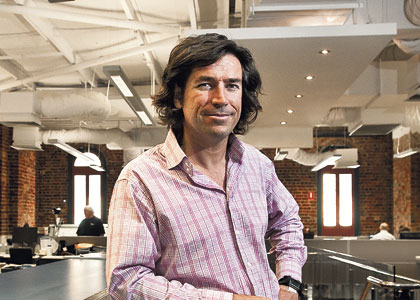 The anniversary celebrations for Council House this week serve as a reminder of the value of each era’s contribution to the architecture and design of Perth.

PERTH’S modernist architecture icon turns 50 this week, but the celebrations for Council House’s anniversary highlight how much heritage the city has lost since this landmark office tower was opened in 1963.

One of only a handful of modernist designs remaining in Perth, Council House only made it past its  30th anniversary thanks to the concerted efforts of a passionate group of lobbyists, who fought for two years to save it from the wrecking ball.

The city’s internationally recognised concert hall is the only other large-scale modernist design still standing.

However it’s not just modernist architecture that has been lost to the march of progress in the CBD.

Newly installed national president of the Australian Institute of Architects, David Karotkin, said a lot of the grand, turn-of-the-century buildings along St Georges Terrace were razed in the 1960s, such as the Barracks.

The cycle of demolition was then visited on modernist architecture in the 1980s and 1990s, including Perth’s first skyscraper at 171 St Georges Terrace.

The MLC building was radically renovated in the 1990s, transforming it from an office tower into the Kingsgate Apartments and erasing its modernist imprint in the process.

Mr Karotkin said the loss of these buildings reflected the attitudes of the times but also WA’s reliance on the highly cyclical resource sector and the surge in development, when commodity prices were high and the city was booming.

“If you look at the 1980s boom, that is when we lost some of our modernist heritage, and then with the resource boom in the 1960s we lost a lot of our older heritage on the terrace.

“The boom-bust cycle contributed to that, but we are maturing as a city and now we have a better understanding of the value of the city’s evolution.

“And hopefully we are better placed to protect the heritage that we have.”

Against this backdrop, the retention of Council House is testament to the power of a small group of lobbyists and their protest mantra, ‘If you knock history down you’re a bloody idiot’.

“Most people now recognise how lucky we were that there was a group of people interested and active enough to get out there and lobby for Council House,” Mr Karotkin said.

“I recall one of the arguments that was made for demolishing Council House … was that it was in the wrong spot because they perceived this heritage band from the courts up through the Treasury building.

“But to me it just enhances the heritage because it expresses part of the history of the city.”

This shift in attitude is reflected in the finalist list for this year’s Heritage Awards, which includes the heritage buildings at Brookfield Place.

These once-derelict properties have been given new life and their detailing and grand lines have been carefully restored.

One of the original architects of Council House, Donald Bailey, travelled to Perth this week to share in the anniversary celebrations as well as the launch of a book tracing the history of the building, 50 Years: Council House.

Mr Bailey moved to Perth with his colleague Jeffrey Howlett in the early 1960s after the two young Melbourne architects won an Australia-wide competition to design Council House.

He described the building as something of an “unfinished symphony” because their original plan included a round public suite or concert hall sitting adjacent to Council House.

“Our design was selected because it was simple geometry and that jurors said was a solution to a complex problem,” Mr Bailey said.

Ten years after Council House was built, Howlett Bailey was responsible for Perth’s other major modernist building, the Concert Hall.

“It’s not very beautiful to look at but it works very well and it’s the best in Australia,” Mr Bailey said.