After a 10-year absence, Matthew Lance returns to Perth with a new dining experience. 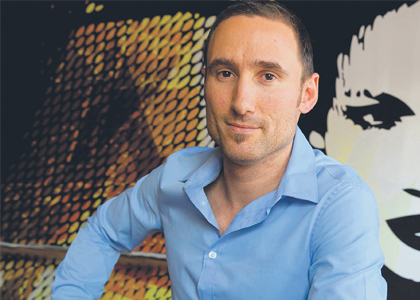 After a 10-year absence, Matthew Lance returns to Perth with a new dining experience.

MATTHEW Lance has stepped into the void left in Wembley by the closure of Italian restaurant Cicconi’s in March this year and introduced a ‘modem dining’ concept for which he has grand plans.

Mr Lance says his three five three restaurant, on Cambridge Street in Wembley, is a stepping stone to a larger venture he hopes to take worldwide.

Three five three is a far cry from the Italian restaurant that once stood in its place, but elements of Cicconi’s have been retained in Mr Lance’s first foray into Perth hospitality after a 10-year break.

There are physical reminders of the previous business, although these may not be immediately apparent to diners; the tables at three five three are made from the former karri floor of Cicconi’s, while the wooden platters and bread boards were previously the restaurant’s tables.

But the ‘modem dining’ concept Mr Lance has drawn on for three five three has created a vastly different feel to its Italian predecessor.

“Modem dining takes the effort that fine dining has created over the last 100 years and the cafe culture that Australia has and modernises it in a holistic approach,” Mr Lance says.

“It is where the guest is king. Private dining rooms for corporates, a seated bar so people don’t have to stand or sit on stools, jazz music for the evening, and it has an all-day program that can be utilised in a CBD atmosphere.”

The concept is the crux of Mr Lance’s Passions Perth business, which he has formed with a view to establishing a central-city restaurant. He’s currently seeking investment partners for the venture and, after opening a flagship restaurant in Perth, plans to take the brand to the world.

Funding for three five three came from relationships that developed from Mr Lance’s attempt to drum up interest in the Passions Perth plan.

“The founding of three five three has given me a good timeframe of about 12 months before I can start that venture,” he says.

“This is really like the first calling for the style of that modem dining and it encapsulates all the values that I have in restaurants, but it matches the area.”

With three five three being in a residential neighbourhood, Mr Lance has retained a focus on providing a venue for a quiet cup of coffee and breakfast during the day.

“That’s why we have the armchairs; so you can sit there for three hours and feel comfortable,” he says.

Once the sun goes down, however, three five three morphs into a high-end restaurant offering everything from barramundi and oxtail, to turkey and ribs.

It’s here that Mr Lance’s six years working with Gordon Ramsay and a further four in restaurants in luxury Shangri-La hotels comes to the fore.

“The high-end restaurants (in Perth) are doing very well, such as the Burswood complex; that could be put in anywhere on the planet and it would work,” he says.

“But there should be more; Perth is still a small city that needs to grow and there needs to be investment not just in restaurants, but in hospitality as a whole - research and development, understanding products, understanding the guest, because that’s the key for modem dining.”

Mr Lance says part of that understanding is realising customers’ expectations have moved well beyond simply being provided with a pleasant meal.

“The guest has evolved past what we’re serving them now; they have an expectation above and beyond just knowing that the chicken and fish are fresh; they expect gluten free, they expect allergies to be accommodated for even before they walk in the door,” he says.

“In the past 10 years with internet, Google,

Masterchef ... it’s taken people’s knowledge to another level and restaurants have to appreciate that.”

In an attempt to deliver on those higher expectations, Mr Lance has created a menu that includes a date profile for every dish, indicating the length of time taken to grow and prepare the food until it’s ready for consumption.

“Marinated chicken (for instance) takes about 182 days. Most chickens that you find in the supermarket are about five weeks, free range are about nine and a half weeks and a really good rooster is about 15 weeks,” Mr Lance says.

“For the customer it means that they know that we are looking further than just price and quality; we’re actually looking into the quality of what they are having to eat.”

While to some that may be a little more information than they need, Mr Lance says it’s only the beginning of the journey.

“Is Perth ready? Definitely. Perth clientele and international clientele that travel to Perth are asking those questions; not all the time, but the more that those questions are asked marks the beginning of change that’s needed.”