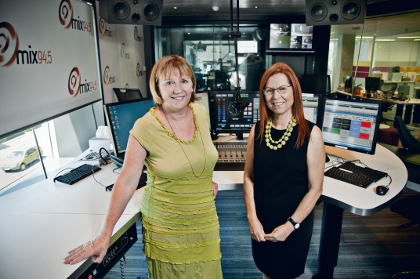 Mix94.5 has come up trumps for the 100th consecutive Perth Radio Survey, despite a significant fall in listeners, ratings agency Nielsen says.

The latest Nielsen survey, released today, showed Mix94.5 winning 12.8 per cent of listener share from Monday through Sunday, falling from 15.6 per cent.

"It's testament to MIX 94.5's focus on the local community and the station's overall consistency. Being number one is not something we can take for granted and the tight result today thanks to the ongoing and exceptional work of our team demonstrates that point."

The biggest gainer over the survey was Nova 93.7, which gained 2.4 per cent of listener share, according to Nielsen.

In the highly-competitive breakfast timeslot, ABC720’s Eoin Cameron was a clear number one, with 15.4 per cent of listeners, while Nova 93.7’s Nathan, Nat and Shaun was second with 13.2 per cent.

Mix94.5’s breakfast listener share also tumbled from its previous heights challenging ABC, falling 3.1 per cent in the survey to 11.5 per cent.