Miro has energy to burn

The specialist corporate adviser has carved a niche, honing in on the international oil and gas and mining industry. 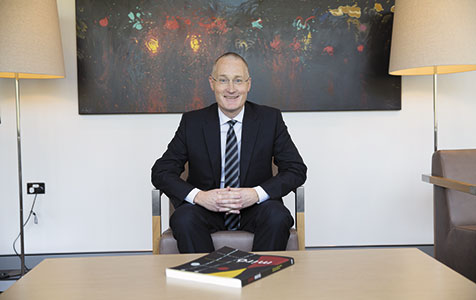 Tim Woodall opened the doors of Miro Advisors in October 2010 with little more than a plan to run a different sort of corporate advisory firm.

In the shadow of the global financial crisis, the former Woodside Petroleum head of corporate development and experienced investment banker set about building a specialist resources-focused advisory operation.

It was a bold proposition and there were plenty of detractors from within the conservative ranks of the corporate finance sector.

Four years down the track, Miro has 17 staff and 21 completed deals to its name, including Banchak’s $120 million off-market takeover of Perth-based oil and gas explorer and producer, Nido Petroleum.

And against the backdrop of subdued corporate finance activity, Miro has taken on four people this year, including two analysts and an associate director.

Mr Woodall speaks proudly of Miro’s achievements but the journey has not been without its rainy days for this self-confessed optimist.

“I anticipated a much quicker (post-GFC) recovery and, looking back, I got it wrong,” Mr Woodall said.

“So those first couple of years, in fact the first three years, were really up and down, I think a rollercoaster is the best way to describe it.”

Mr Woodall worked in the global oil and gas sector for nearly two decades before setting up Miro, including stints with Credit Suisse New York and UBS London.

But it’s his experience as chief financial officer of $1.5 billion New York-listed explorer and producer Energy Partners and chief executive of oil and gas consultant RISC, which most critically shaped Miro’s structure.

Mr Woodall built a team with a blend of financial and technical expertise as well as domestic and offshore experience.

Director Wade Evans was formerly the business development manager for Panoramic Resources and associate director Andrew Leeds worked for both Santos and MEO in corporate development.

Rather than focus on a specific geographical region, Miro has honed in on the international oil and gas and mining industry.

It’s all about matching investors with the right opportunities, according to Mr Woodall, especially the deep investment pools on Australia’s doorstep in Asia.

All the indicators suggest this activity will only increase, particularly while sentiment in the Australian market is at a low ebb.

Mr Woodall said the money these Asian investors were looking to spend was “huge” and three big deals in three months was an “indication it was coming”.

“There were a couple of deals we have done recently where we have been acting for the company selling the asset and we have identified buyers, who were, up until that transaction, virtually unknown in Australia,” Mr Woodall said.

It’s a strategy that keeps Miro’s senior staff in the air for a good part of the year but its success is writ large, with deals like West Perth junior Carnarvon Petroleum’s $72 million sell-down of its stake in three exploration and production assets north of Bangkok to Chinese-backed Loyz Energy.

Miro is advising Otto Energy on a farm-out of part of its interest in SC55 in the Philippines as well as Finder Exploration, which is one of the partners in Apache Corporation’s recent major oil discovery at the Phoenix South-1 well in the North West Shelf.

This huge new discovery, which 20 per cent partner Carnarvon Petroleum claimed could be the biggest local oil find in 30 years, is one of four major oil and gas discoveries around the globe in the past few months, including Santos’s significant gas-condensate discovery at Lasseter in the Browse Basin.

Mr Woodall said these big-ticket discoveries had the potential to support optimism in the broader market from the mums and dads right up to the institutions, which was essential for corporate activity.

But they have also provided some good news in a period where the falling iron ore price and sharp declines in the stock market have dominated headlines.

Mr Woodall and his team have worked hard to build the Miro brand in a relatively short period of time but he’s careful not to let his enthusiasm tip over into overconfidence.

He warned that mergers and acquisitions was not an industry where you could get too far ahead of yourself, not with serious conflicts flaring in several different spots on the globe.

“Just because you had a good day yesterday, doesn’t mean you’ll have a good day today,” Mr Woodall said.

“There’s a lot of hubris in this industry and you don’t need it, we are advisers, we know our niche and that is where we are trying to differentiate ourselves.

“If you enjoy doing M&A deals and you haven’t got an ego … you can enjoy the process, the interaction with the client as well as the buyers and sellers

“That’s what Miro is about.”