Mining contractor hits the ground running at rare earths mine

Northern Minerals’ contract mining team have hit the ground running at the remote Browns Range project with MACA contracting now set to begin digging ore at Australia’s first heavy rare earths mine. The commencement of mining will coincide with a reassessment of the commercial potential of heavy rare earths, driven in part by the take up of electric vehicles around the globe. 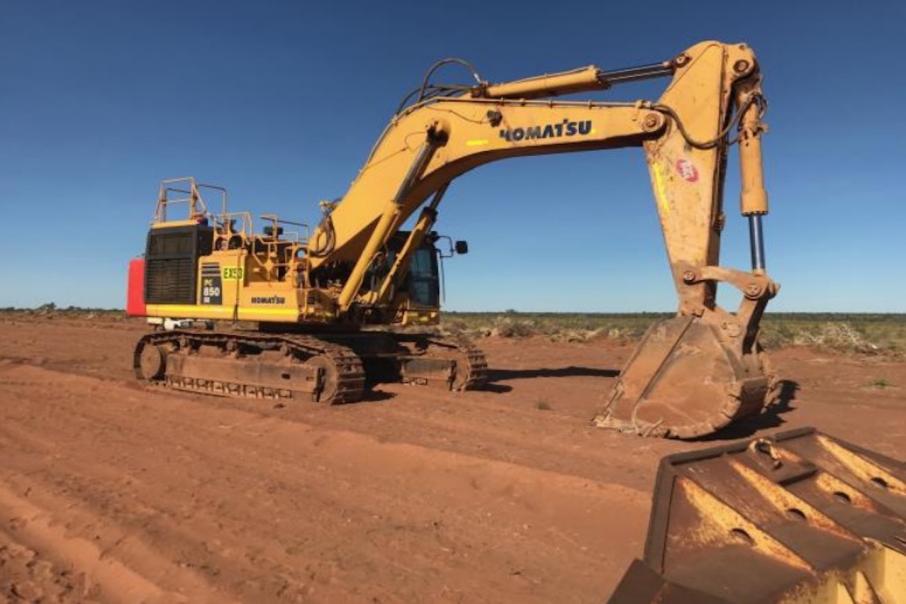 Northern Minerals’ heavy rare earths pilot project is forging ahead with the arrival of the first MACA contracting crew and equipment at the remote site, 160 kilometres southeast of Halls Creek.

MACA were recently awarded a $10 million contract to mine 180,000 tonnes of ore from the Wolverine and Gambit West pits at Browns Range and have wasted no time getting on site. The contract includes the construction of roads and an airstrip.

The unusual and high-value xenotime ore will be mined in a single campaign and stockpiled for treatment over the three-year life of the pilot project designed to set the scene for a full scale operation at the end of the initial 3 year period.

The processing plant for Australia’s first heavy rare earths mine is currently being constructed in China by Sinosteel MECC and will be shipped as modules for assembly on site.

Northern Minerals Managing Director and CEO, George Bauk, said: “The Browns Range site is now a hive of activity with the arrival of mining, admin and other site personnel. With mining for the pilot plant project to be completed as a single, six-month campaign, we expect that the site will be significantly transformed over the short term.”

The Browns Range pilot project, which will operate at 10% of the capacity of the proposed full scale plant, is bursting into life just as markets reassess the potential for heavy rare earths in xenotime mineralisation.

Wall Street investment bank and resources specialist, Hallgarten & Company, recently singled out Northern Minerals and gave it a bullish price target of 38 cents a share, more than 200% above recent prices.

The investment bank pointed out that rare xenotime mineralisation was arguably the most viable of all ore types for rare earths miners because it was rich in high-value rare earths. Critically, it also contained almost no light rare earths, which were costly to process out and worth just a fraction of the heavy rare earths.

This makes Northern Minerals’ 100%-owned Browns Range project one of the most exciting rare earths developments to watch around the globe. At full-scale production, Browns Range will be the first significant world producer of a rare earth known as “Dysprosium” outside of China.

Dysprosium is a key component in the manufacturing of motors for electric vehicles and other large industrial applications such as wind turbines.

The Hallgarten report also coincides with a major new report by UBS that analyses the “tear down” of a Chevrolet Bolt electric vehicle involving a forensic examination of every component and kilogram of material used in its manufacture.

UBS concluded that electric vehicles will reach price parity with conventional vehicles much earlier than previously forecast and they expect that sales will soar from 2020. With about one kilogram of rare earths in every electric vehicle, the outlook for Dysprosium and other rare earths ranks only behind Lithium and Cobalt and ranks even higher than graphite.

Unlike lithium however, the number of potential new supplies of heavy rare earths can be counted on the fingers of one hand. China dominates global supply and is currently winding back production by cracking down on illegal mining operations, all of which makes Northern Minerals an increasingly attractive proposition.