Mineral smorgasbord for Coziron near Karratha

Coziron is on the hunt for rare and critical metals at its Shepherds Well project near Karratha, with four multi-commodity prospects demarcated for follow up work and drilling. The project is located about 60km south-west of Karratha and the Perth-based ASX listed company has collected some 325 soil samples to firm up targets across a one to two-km-wide shear zone. The shear zone is prospective for rare earths, nickel, zinc, base metals and even detrital gold. 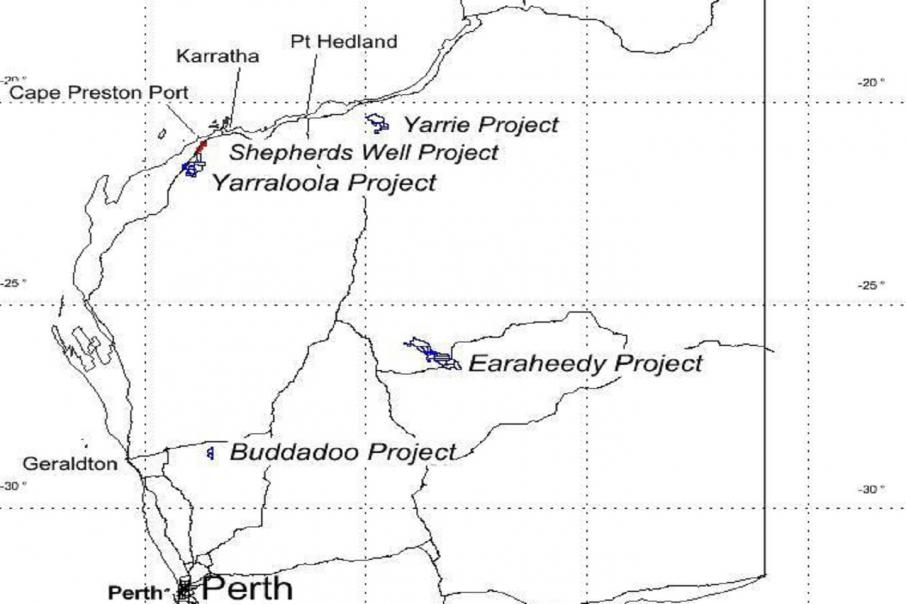 Coziron Resources is hitting its multi-commodity Shepherds Well project with grassroots exploration techniques as it seeks to get a number of interesting looking prospects drill ready. The project is located about 60km south-west of Karratha and the Perth-based ASX listed company has already collected some 325 soil samples to firm up targets across a one to two-km-wide shear zone. The shear zone is prospective for rare earths, nickel, zinc, base metals and even detrital gold says Coziron management.

New soil results have defined some interesting gold anomalies too from across the project, peaking at 1 gram per tonne, which is not bad for a mere soil sample.  The company said that these targets require follow up work, with several clusters of gold anomalies now ready to be drill tested.

The Awassi rare earth prospect has been defined by soil samples that returned anomalous rare earth element values of cerium to 320 parts per million, lanthanum to 123ppm and praseodymium to 31ppm.

The strategic importance of these rare earths has not been missed by Corizon, who is now planning follow up work. Driven by technological change, these rare earths are set to come into vogue as their unique catalytic, metallurgical, nuclear, electrical, magnetic and luminescent properties become more and more sought after by manufacturing end-users.

The Dorper nickel prospect is a good match for Awassi, with nickel being another metal that plays a major part in the expanding lithium-ion battery space.

The company picked up some samples from the surface of an underlying ultramafic horizon that returned anomalous values of nickel up to 0.36%, 173ppm cobalt and 220 parts per billion gold.

Early indications point to this prospect looking good for disseminated and massive nickel-rich sulphide mineralisation, according to the company. The company has now locked down a decent-sized target area at Dorper of about 100m by 50m and it is now time to start rolling in the rigs.

Lastly, the Suffolk zinc-lead prospect has returned historical soil sample values that peaked at 0.16% zinc, 0.2% lead and gold to 25ppb.

The same area also has prospectivity for “melon seed” detrital gold nugget occurrences, which are in fashion in the Pilbara at the moment.

Future work at Suffolk is planned to include drilling as well as sampling for channel rocks to determine its detrital gold potential.

Corizon is well placed with its foot firmly on the Shepherds project and looking to potentially capitalise on the rising global demand for the supply of critical metals.

With a plethora of other interesting looking multi-commodity projects in W.A - from the Buddadoo vanadium project in the Midwest to the Yarraloola iron ore project – Corizon is winning on the diversification front and has a lot of bests hedged depending on which mineral price runs next.