Perth-based gold miner Minera Gold has raised $US1.55 million ($A2 million) from existing shareholders and a new investor, while also announcing a number of board changes that includes the retirement of both its chairman and chief executive. 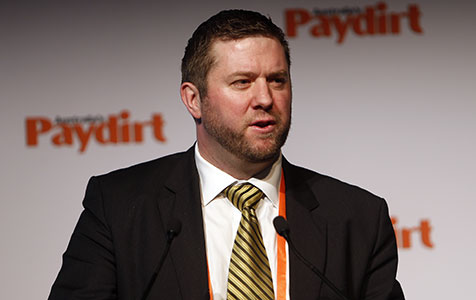 Perth-based gold miner Minera Gold has raised $US1.55 million ($A2 million) from existing shareholders and a new investor, while also announcing a number of board changes that includes the retirement of both its chairman and chief executive.

Minera said it received $US1.05 million in convertible notes, which will be issued to its existing major shareholders and chief executive Ashley Pattison, while a $US500,000 facility has been secured from a new investor.

Under the terms of the facility, the unnamed investor will be responsible for managing the export and sale of all gold from Minera’s San Santiago gold and copper processing plant in Peru for three years.

The lender also has the option to provide a further $US500,000 loan in the next six months under the same terms.

“This funding will ensure that the business in Peru can deliver to its capacity in the short term,” Mr Pattison said.

“It also enables the company to implement and complete the planned capex strategy at San Santiago and to purchase ore to deliver the forecast gold and copper production.”

Mr Pattison said a number of board changes had occurred in conjunction with the funding package, including the resignation of chairman Alex Losada-Calderon.

Existing director Ryan Welker has assumed the role as interim chairman, while Mr Pattison’s role will also be made redundant when a new chief executive has been appointed.

“We have commenced a search for an experienced candidate as the company’s new CEO that will be based in Lima and who is well credentialed to manage all facets of Minera’s extensive asset portfolio in Peru,” Mr Pattison said.

Minera bought the San Santiago plant for $US5.5 million in July last year, which included the least of about 9,000 hectares of mining rights surrounding the plant.

The company announced today that an additional $US490,000 had been returned from the vendor of the plant from the purchase escrow account.

Minera’s shares will remain suspended from trade on the ASX until its annual report for the financial year ended December 31 2014 is signed off by Deloitte.