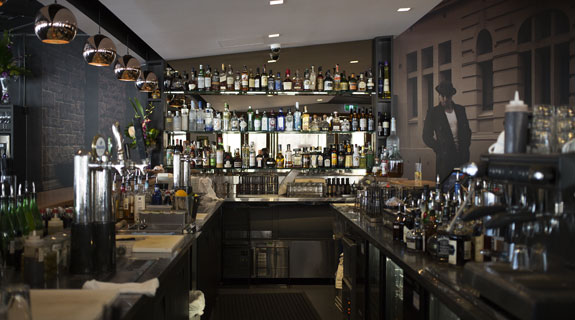 Venues like Bad Apples Bar in Applecross will be able to open until midnight on Sundays.

The state government is seeking to extend the weekend, with new legislation to allow Western Australian pubs, taverns and small bars to trade until midnight on Sundays introduced in parliament today.

Nightclubs will also get extra trade, with the legislation to allow them to open until 2:00am.

Extended hours on Sundays are part of a suite of liquor licensing changes addressed by the Liquor Control Amendment Bill 2015.

Other changes include tighter controls on supplying liquor to juveniles, ensuring any alcohol provided by a parent or guardian is done so in a responsible manner.

Also, the previous offence for a person carrying liquor between licensed areas of a premises will be repealed by the changes.

For producers, the Bill would allow them to sell liquor other than their own product with meals or for comparative tastings, while it would also allow brewers to sell their beer at their breweries between 10am and 10pm without the need for a tavern or small bar licence.

Racing, Gaming and Liquor Minister Colin Holt said another key change was for beer and wine producers to be able to establish a cellar door operation or set up a collective cellar door arrangement with others in the same region.

“This will allow those producers to sell their products from a retail outlet that is not situated on, for example, a licensed premises at a winery,” Mr Holt told parliament.

“This opportunity will be restricted to one outlet per producer per wine region, or local government district in the case of beer producers, where their respective production facilities exist.”

Mr Woods said the legislation was needed to ensure Perth, and wider WA, was considered an international hospitality destination of choice.

“Given the current record levels of investment in WA tourism and hospitality, it makes sense for government to recognise that investment and embrace what can be provided financially for Western Australia,” he said.

“As well as Sunday trading, the Bill removes significant layers of red tape from the industry which will in turn reduce administrative and operational costs for business.

“This is a long overdue but welcomed reform. “