The City of Swan’s urban regeneration efforts have attracted a growing round of investment in Midland’s town centre. 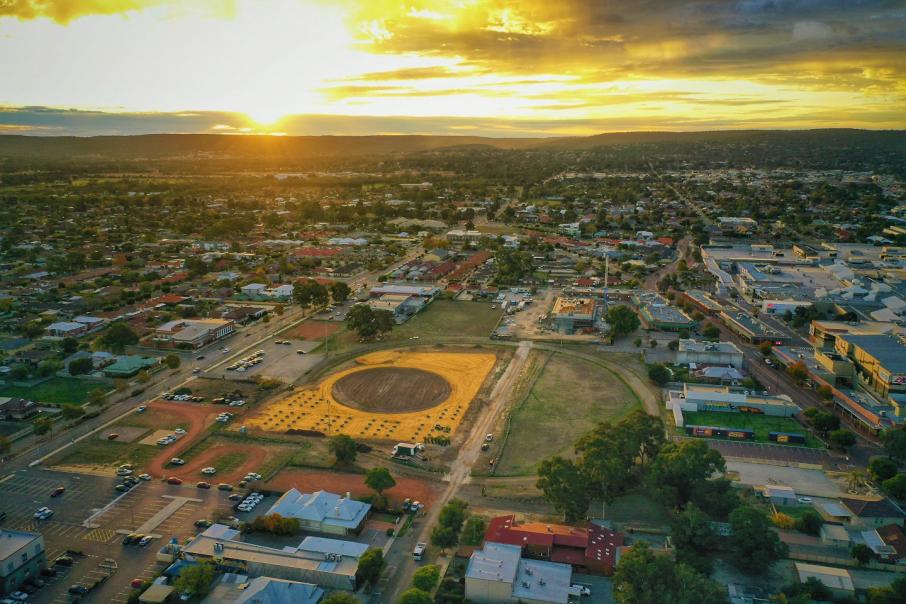 Redeveloping Midland Oval into a commercial and residential precinct is the next step in the suburb’s rejuvenation. Photo: City of Swan

The City of Swan’s urban regeneration efforts have attracted a growing round of investment in Midland’s town centre.

Residential and commercial development is gaining momentum in Midland, with the City of Swan’s ongoing $190 million regeneration of the suburb proving a major attraction.

Construction is under way on the City of Swan’s New Junction, a redevelopment of Midland Oval designed to facilitate the creation of a new town centre, paving the way for high-density residential offerings and facilitating a wave of commercial projects.

Speaking to Business News ahead of the October 19 local government election, City of Swan Mayor David Lucas said the council had three distinct aims in its transformation – boosting productivity, improving connectivity and increasing the liveability of the area.

Economic analysis as part of the city’s business plan shows its investment will be the catalyst for up to $680 million in private sector construction, with between 750 and 1,000 new dwellings to be created in the town centre.

Mr Lucas said the regeneration had been a long time coming, with Midland Oval initially identified for redevelopment as far back as 1968.

“It’s gone through a lot of community consultation in its history,” Mr Lucas told Business News.

“The overall goal is to transform the Midland town centre into a thriving commercial, residential and community precinct.”

Mr Lucas said a key focus of the city had been on the creation of employment opportunities, to cater for a 60 per cent forecast increase in population in Midland over the next 20 years.

Commercial projects that have emerged in recent years include a $100 million expansion of Midland Gate Shopping Centre, which is nearing completion, and the $16 million Quest hotel, which opened in late 2018.

The state government’s 2018 announcement that it would build a Metronet railcar assembly facility in nearby Bellevue will also give Midland employment a shot in the arm, creating more than 200 long-term jobs and hundreds more indirect employment opportunities.

“It will go hand in hand with the opportunities for young apprentices to learn at the nearby Midland TAFE,” Mr Lucas said.

“We think it’s a great opportunity for creating a substantial number of local jobs, which supports the expansion of our town centre.”

However, Mr Lucas said the real game-changer for the area was Curtin University’s new medical school at the historic Midland Railway Workshops, being funded by a $22 million injection from the state government, and a $3 million contribution by the university.

Curtin University vice-chancellor Deborah Terry told Business News the university would work closely with educational and healthcare stakeholders in the Midland area to develop additional service capabilities, while the facilities would also be used by students across Curtin’s health sciences faculties.

“From the inception of Curtin’s Medical School, the curriculum was developed with a primary care focus that would offer medical students clinical training opportunities in primary and tertiary healthcare in regional, metropolitan and outer metropolitan locations,” Professor Terry said.

Curtin’s Midland campus is under construction and will be completed by the end of the month, however, it has already proved to be a catalyst for further development.

A $7 million medical facility known as the Midland Specialist Centre is under construction, as is the Stan Perron Advocacy Centre, a multi-disciplinary not-for-profit hub that received a $4.5 million Lotterywest grant in 2018.

With all that in place, Mr Lucas said the City of Swan had moved to facilitate opportunities for residential developers to increase the housing diversity in the area.

“We want to make sure that the medical hub and the educational hubs are big employers, therefore that’s why we want that diversity of housing to attract new residents so they can live close to these facilities,” he said.

One of the first developers to commit is the De Mol Group of Companies, which is currently building an $18 million, eight-storey apartment building designed by MJA Studio at New Junction.

De Mol Group also holds an option to build a similar project on an adjoining site.

Nearby is the Dehavilland Apartments, a $1.6 million mixed-use project being constructed from timber by Bluerock Projects.

“It’s a building hotspot at the moment, when you can see cranes in the skyline you know that things are going well,” Mr Lucas said.