Southern Gold’s Gubong JV gold project in South Korea could have low capital and operating costs if results from preliminary metallurgical testwork carried out by partner Bluebird Merchant Ventures is any indication. A study into the economic feasibility of re-opening the historic high-grade mine is due to be completed in July 2018. With samples going an ounce to the tonne Gubong is looking interesting. 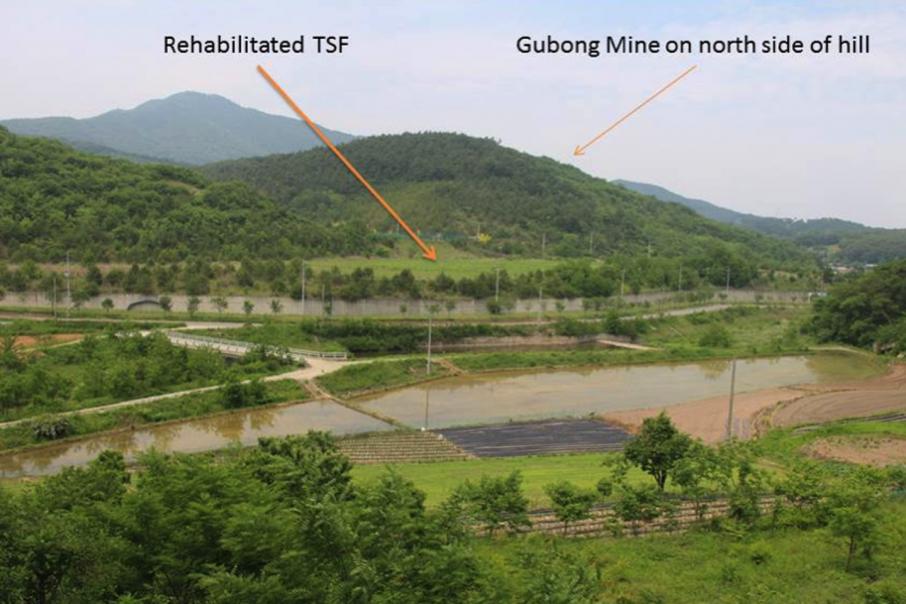 While the work by JV partner Bluebird Merchant Ventures is still preliminary, it could potentially have a positive impact going forward on capital and operating costs according to the company.

The project is advancing well and further supported by a desktop study suggesting that a low capital and operating cost processing facility may be possible.

The testwork was done as part of an ongoing evaluation of the economic feasibility of re-opening the historic high-grade Gubong gold mine that was mothballed many years ago with plenty of ounces still in the ground.

The recent testing indicates that the well known and cost effective vat leaching process could provide equivalent recoveries to the other methods.

Vat leaching can be highly mechanised and does not require expensive milling.

The metallurgical test work was carried out on a Gubong oxide gold ore sample obtained from the upper levels of the old workings.

LSE-listed Bluebird is currently earning a 50% equity interest in Southern Gold’s Gubong and Kochang projects by farming-in with a spend of USD$1m, as part of its feasibility study program targeting a low capital cost of less than US$10 million.

Southern Gold managing director Simon Mitchell said: “While these initial metallurgical test work results are very encouraging it is important to bear in mind that they are of a very preliminary nature.”

“Much work remains to be done to characterise the Gubong deposit, the ore type and its response to different processing methods, but these first stage results are providing the project with a low-risk pathway to production where capital intensity and operating costs can be kept very low. Southern Gold looks forward to the Report on Feasibility due in July 2018.”

Additional testwork will also be carried out to further optimise gravity recoveries after initial testing indicated that this was a cost effective gold recovery method.

Separately, preliminary diagnostic testing of Gubong tailings has indicated that recoveries of over 90% are possible from the average tailings head grade of 1.1 grams per tonne gold.

Reprocessing of old tailings, whilst technically challenging, can be quite lucrative and can provide a fast track route to early cash flows if the economics stack up.

Additional samples are intended to be obtained later from other areas of the mine as it is dewatered to determine the potential of new underground gold ore zones. These will also be used to verify the results obtained so far.

A comprehensive sampling program is intended to be completed across all levels of the mine after dewatering is completed and full access established to provide bulk sampling for further metallurgical test work.

Once the full review has been completed, the most appropriate processing route will be selected with optimisation test work to determine the final detailed process design.

Southern Gold already has an ongoing revenue stream from the underground Cannon Gold Mine east of Kalgoorlie that paid for its entry into South Korea in 2016.

Historical sampling of the deeper levels of the main lode - Vein 6 - returned an uncut average of 30.6g/t gold, which just might create a bit of excitement for shareholders.