WA’s delayed reopening has hurt the premier’s standing with some sectors of the community. 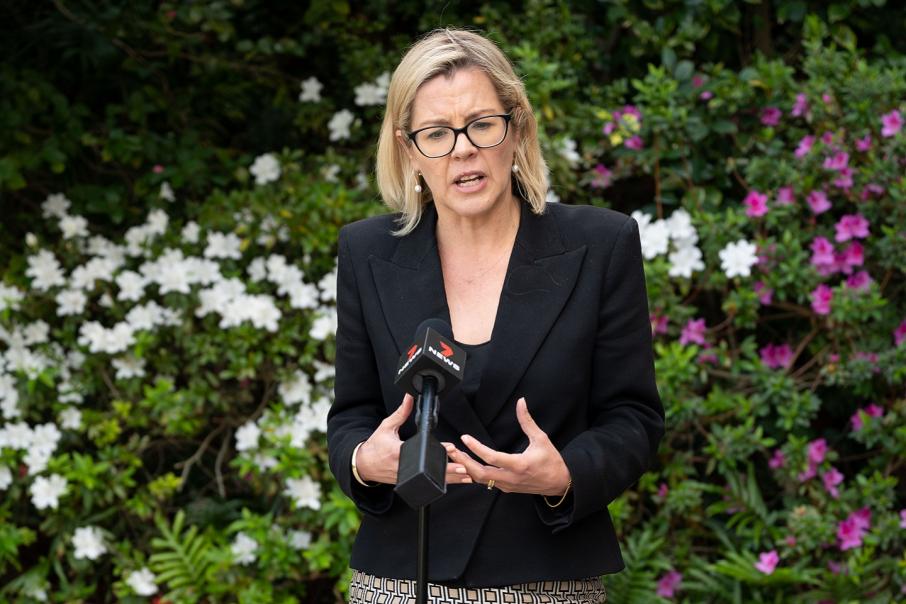 “Given 99 per cent of eligible West[ern] Australians have now been vaccinated it is vindictive of the McGowan government to be imposing rules on small businesses,” she told reporters on February 18.

“It is questionable now what the public health benefit is.” A few minutes later, the MP said something that made me flinch.

“Those at Dumas House – in the premier’s own palace – are not having to be burdened with the same requirements,” Ms Mettam said.

Did she say palace? Premier’s own palace? Even a casual observer of Western Australian politics would recall how Labor endlessly rolled out the ‘premier’s palace’ line when in opposition to ridicule Colin Barnett.

Back then the ‘palace’ was Hale House, which Mark McGowan quickly abandoned on becoming premier in 2017, in favour of the ministerial office tower Dumas House.

“The premier should work with his ministers closely, and being in the same building is important,” Mr McGowan said after shifting house.

The move was also important for the new government to back up years of labelling Barnett an arrogant and out-of-touch leader.

“I know the premier would like to rule autocratically,” Labor’s Michelle Roberts said during a 2016 debate in parliament.

“Some people call him the emperor.”

That branding of Mr Barnett had stuck.

Talkback radio callers regularly referred to the Liberal leader as ‘the emperor’.

The Barnett government went on to lose the 2017 election, and the perception he and his team were too aloof was a key factor in the Liberal defeat.

That short history lesson brings me back to the present. Does the Liberal Party now believe it can use Labor’s tactic to undermine premier Mr McGowan’s considerable hold on power?

I asked Ms Mettam whether she was suggesting he’d reached that level of perceived arrogance.

“What we are seeing is a premier drunk on power.”

Only a few hours later, the premier held a press conference to announce the hard border was finally being removed on March 3.

With the February 5 backflip now behind him, Mr McGowan needs to consider how much political capital he burned by delaying the state’s reopening.

There is no doubt people in the upper echelons of the business sector lost faith. Qantas chief executive Alan Joyce unleashed the North Korea analogy to express his frustration with the premier’s hard border.

The airline’s chairman, Richard Goyder, who is also chair of the Australian Football League, announced he was re-locating because doing business here had become too difficult.

To cap-off the revolt, Kerry Stokes’ local newspaper mocked up a front page depicting the premier as an old man still ruling over his hermit kingdom.

Messrs McGowan and Stokes had been very chummy prior to the billionaire’s sudden about-turn.

The premier should also reflect on whether the perception of him being an arrogant, stubborn and dictatorial leader has formed in people’s minds.

In my opinion, he certainly developed a harsher and more dismissive tone over the past six months.

It was as though he had lost sight of just how draconian the rules governing the lives of Western Australians were, even without lockdowns.

His daily messaging obsessed over the suffering in NSW and Victoria, while at the same time the government was stopping families from seeing one another.

Such restrictions should always have been an extreme last resort rather than a default position. The cruel-to-be-kind regime we endured did save lives.

It also permanently scarred many. Mr McGowan will argue his style of stewardship through the pandemic was one of steely determination rather than arrogance.

History may well agree with him. It will be up to the public, not the opposition, to decide whether Mr McGowan has morphed from immensely popular ‘state daddy’ into the emperor.

He has plenty of time to show voters the power hasn’t gone to his head. He ended his February 18 press conference, which locked in the new reopening date, with a defiant comment.

“And as I keep saying to you all, if I had my time again I would do exactly what I did,” he said.

That mantra worked for Frank Sinatra, but he didn’t want a third term.