The difference between most salespeople and the sales masters is that the latter ‘lived’ their principle for success. 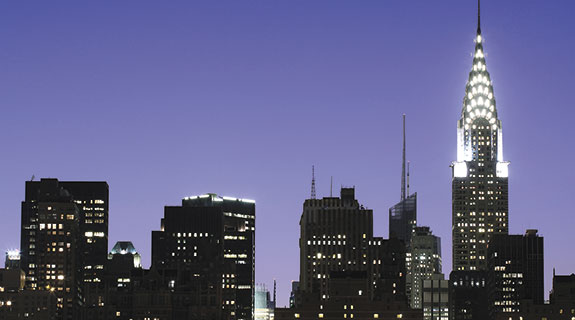 The difference between most salespeople and the sales masters is that the latter ‘lived’ their principle for success.

The book, titled America’s Twelve Master Salesmen, was written and published by BC Forbes & Sons in 1953.

The book was based on the fact that each one of these master salesmen had one extremely powerful overriding principle or philosophy upon which his or her success was based.

For the past two weeks I have presented the first nine masters, and this week the final three (plus me). There are 12.5 in all (me being the .5 of course)

Suppose you could adopt (or adapt) all of these masters’ single best characteristic into your own set of capabilities. That would be power.

And so, to challenge the balance of your 2015, here are three more master’s philosophies from 1953.

Principle: Fact plus imagination plus action

Will Rogers once said, “Buy land, they’re not making any more of it.” William Zeckendorf took that advice several steps further. He bought it, and developed it. Of course his innovative ideas often met with opposition from city planners, but over time (and a winning track record) he developed a reputation nationwide for successful projects, and was eventually wooed by cities looking for new ideas. He stated the facts, presented the plan, and made it a success with a family tradition –work hard. He bought, then subsequently sold The Chrysler Building, the ultimate deco structure in New York City, that at one time was the tallest building in the world.

Watson realised that to overcome an objection, he had to walk in with answers; this took extra preparation on the part of the salesman and extra effort. Was the extra effort he put into his sales career worth it? He went door to door selling cash registers, and invented creative new ways to approach the customer. After leaving NCR as one of their all time great salespeople, you may also know Watson for his second career – the founder of another company, International Business Machines (IBM). A leading self-made industrialist, he was one of the richest men of his time, and was called the world’s greatest salesman when he died in 1956.

This principle merges the significance of three relationship factors of customer loyalty: giving value to the customer; staying in front of the customer; and serving the customer. He added to this strategy the personal philosophy of: “I have adhered to a personal rule of trying to do for the other fellow what he can’t do for himself – without any strings attached.”

Leterman was also the first to write on sales creativity in the 1950s, in Personal Power Through Creative Selling. Elmer Leterman was one of the best sales speakers, sales writers, and progressive strategists of his time. He is my personal favourite. This book title will tell you why.

Principle: People don’t like to be sold – but they love to buy

Unlike the other masters, my statement is not only the philosophy by which I live my sales life, it is also a registered trademark. If salespeople would just stop selling, and transfer that energy into creating an atmosphere to buy, they (you) would double your sales.

What principles are you known by? What is your primary success strategy?

Note well: If you think these masters had a smooth ride achieving their goals or life’s dreams – think again. Every one of them had failure and adversity in one form or another. Every one had challenges. These are people who, by adopting and living a philosophy or a principle, became successful in spite of adversity.

Free GitBit. The author of this book, the late great B.C. Forbes had a formula for sales. It’s yours for the taking. Go to www.gitomer.com and enter FORBES in the GitBit box.