Auroch Minerals have ended their maiden drill program at the Tisova project in the Czech Republic with yet another intercept of multiple sulphide zones and are waiting eagerly for the first assay results to arrive in early December. The historic Tisova mine was in service for centuries as a Copper producer, but could have a new lease of life as a Cobalt producer in the heart of Europe. 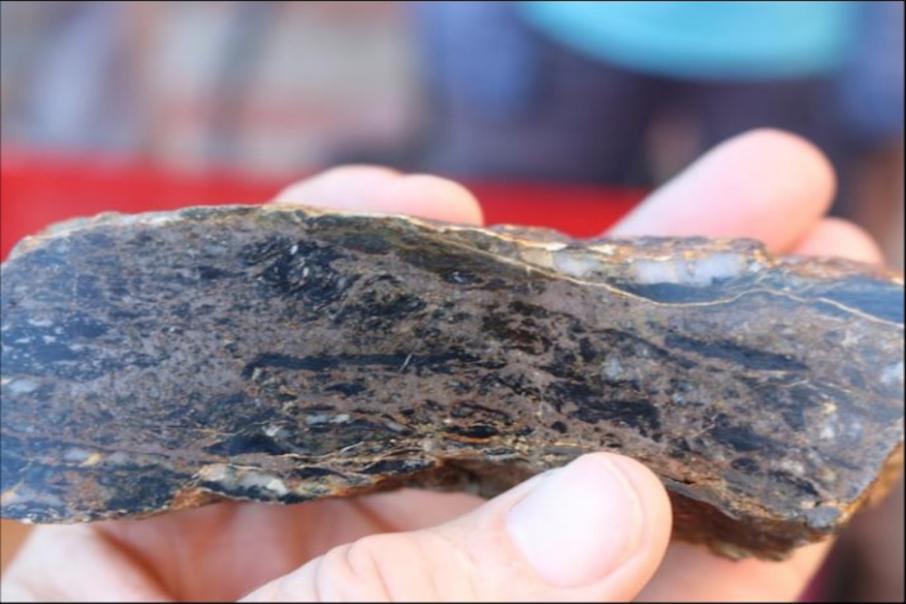 Auroch Minerals have hit multiple sulphide zones in the fourth and final hole of their maiden drill program at the Tisova Cobalt-Gold-Copper project in the Czech Republic.

The encouraging result continues Auroch’s 100% success rate with hitting multiple sulphide zones with each hole in the program.

Copper mining at Tisova dates back centuries, however the deposit was never evaluated for for Cobalt, Gold or Silver, which are common metal associations for Tisova’s VMS style deposit.

Surface sampling by Auroch produced some very encouraging results, including 0.69% Cobalt, 17.1% Copper and 3.7 ppm Gold which prompted a drill program to test a 3D model of known mineralisation.

The clean tech metals explorer told the ASX this week that one drill hole had intersected three zones of disseminated to semi-massive sulphide mineralisation, including visible chalcopyrite (Copper sulphide) and galena (lead sulphide). It follows hits of visible Cobalt minerals in the second hole of the program.

Auroch CEO, Dr Andrew Tunks, said: “We have now completed our initial drilling program at Tisova and eagerly await the results from the assay laboratory. The drilling has revealed multiple narrow zones of massive to semi-massive sulphides within a broader sulphide halo, as was expected from the previous work. Unfortunately, the weather onsite has closed in and we are unable to redrill the third hole, which was abandoned in a mining void. However, we now have ample sample material to test for the presence of economic grades and thicknesses of Cobalt, Gold and Copper within the Tisova mineral system.”

Assay results for the first two holes in the program are expected in early December. Investors are also eagerly awaiting assays from a previous hole that intersected a 130m zone with visible Copper and Cobalt.

The underground workings are in good condition after major development during the last phase of mining between 1959 and 1973 and could form the basis of a low-cost underground mining plan.

Tisova’s development economics are also helped by its location right in the heart of industrial Europe, where demand for Cobalt, Lithium and other battery materials is soaring to meet the booming growth of electric vehicles.