Deep Yellow has banked a massive $40.8 million after adding several domestic and international financial institutions to the uranium developer’s registry. The company also received strong support from its existing institutional shareholder base with the placement set to finance the ongoing exploration and development efforts in Namibia and provide funding pipeline for any acquisition opportunities that might arise. 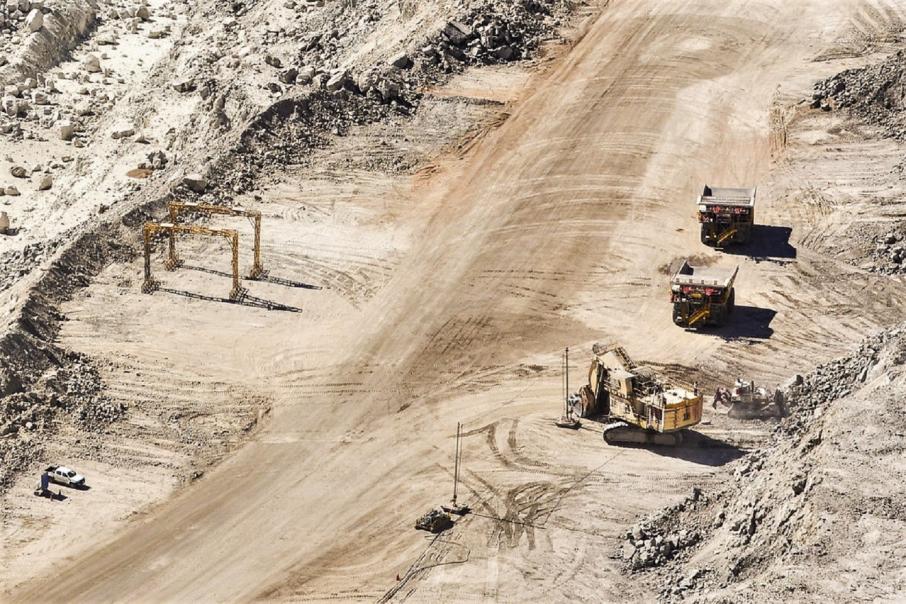 Deep Yellow has banked a massive $40.8 million after adding  several domestic and international financial institutions to the uranium developer’s registry. The company also received strong support from its existing institutional shareholder base with the placement set to finance the ongoing exploration and development efforts in Namibia and accelerate the completion of the Tumas DFS.

The company has placed close to 63 million shares at $0.65c each with institutional, sophisticated and professional investors, representing a 22 per cent discount to its closing price on Tuesday. Deep Yellow is also looking to raise a further $2 million through a shareholder purchase plan, providing the existing shareholder base with a bite of the cherry as it powers into a definitive feasibility study in Namibia.

Deep Yellow Managing Director, John Borshoff said:“We now turn our attention to the completion of the Tumas DFS, along with advancing targeted M&A opportunities, as we continue to progress towards our primary objective of creating a 5-10Mlb low cost, multi-project, global uranium company.”

The company will have over $50 million in the bank post the latest raise and it has set aside some of the cash to fund exploration at the evolving Nova joint-venture, which is rapidly unearthing a hard-rock, alaskite uranium opportunity adjacent to Tumas. Management has also hinted that it is looking at several potential acquisitions to add value to its emerging production assets

The company’s Tumas uranium project is located on the Namibian coastal plain, just 60 kilometres east of the country’s deep-water port at Walvis Bay. The Tumas deposits sit within the renown Erongo uranium producing region which hosts a number of world-class operations including the Rossing and Husab hard-rock mines in addition to the Langer Heinrich calcrete operation, which lies just 30km north of the Tumas project.

The company’s uranium resources lie within the shallow Tumas paleochannel system, which extends over more than 60km of strike from Tumas 1 in the east through the Tumas Red Sand deposits in the west. Whilst only around half of the Tumas paleochannel has been tested by systematic drilling, the dry river system already boasts a resource of more than 130 million tonnes grading close to 300 parts per million uranium oxide, utilising a 150ppm cut-off grade.

Uranium-vanadium mineralisation at Tumas is associated with the calcrete deposits precipitated within old river channels, with the mineralisation showing strong geochemical affinities with the ores from the nearby Langer Heinrich mine.

Deep Yellow’s proposed Tumas operation will consist of a shallow open pit mining with ore feed to be processed via simple beneficiation and conventional sodium carbonate leaching. Metallurgical test work by ALS Metallurgy in Perth shows around 93.8 per cent of the contained uranium oxide in the ores can be recovered via this process, with funding from the recent capital raising likely to expand the company’s testing program to streamline the processing circuit.

The company launched into its DFS over the Tumas project following the successful completion of a PFS. It tabled a tantalising spread of numbers for the PFS including a projected gross revenue of A$2.5 billion over an 11-year initial life of mine, with an EBITA of more than A$125 million per annum.

Deep Yellow remains bullish on the uranium price, pointing to continuing consolidation across the sector and a rush by developed countries to meet looming carbon emission targets as price drivers for the energy metal.

With more than $50 million in the bank, Deep Yellow is drilling up a storm in Namibia as it powers into its DFS.

If there is more uranium lurking around its Namibian project, $50m should find it.