Aspire Mining has welded together a powerful consortium of Chinese players to deliver on its giant coal project in Mongolia. The ASX-listed junior said last week it has now expanded its consortium to include massive Chinese Government contracting firm The Gezhouba Group. The building of the proposed 549km rail will open up a world of opportunities for Aspire to commercialise its globally significant Ovoot coking coal project. 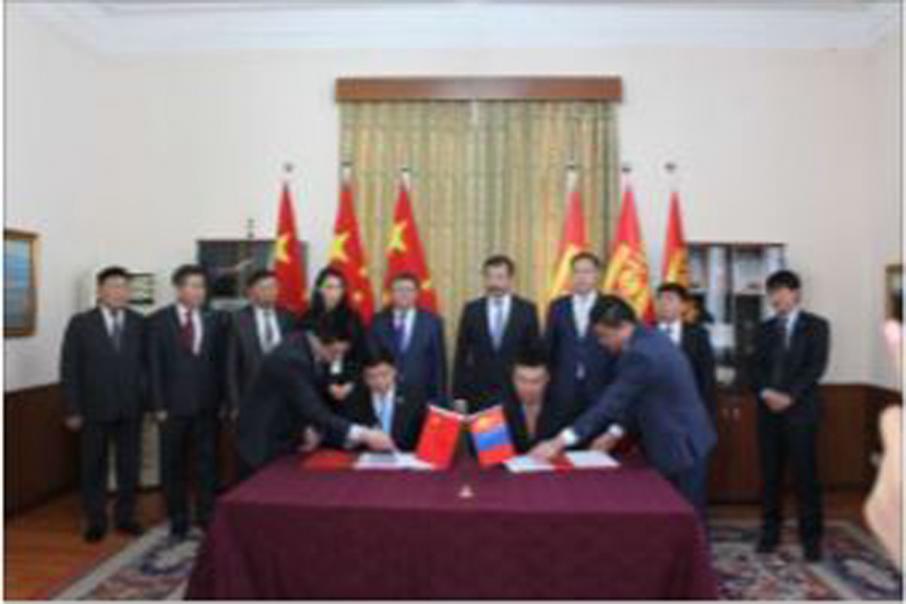 Aspire is the owner of a world-class coking coal project in northern Mongolia that will develop into a lucrative, globally significant metallurgical coal play if Aspire can pull together a syndicate that is capable of designing, funding and building a railway line from Aspire’s Ovoot coking coal project in the north west of Mongolia to the town of Erdenet, 549km to the east.

Erdenet sits on the north south running Trans-Mongolian railway line that runs from Russia in the north, through central Mongila and then onto the port of Tianjin in China after straddling Beijing along the way.

Connecting to this railway line will open up a world of opportunity for Aspire to export its coal.

Last week Aspire announced that the consortium it has pulled together to progress the rail project had expanded to include the blue chip Chinese Government owned Gezhouba Group, or CGGC.

CGGC is one of the world’s largest construction companies with nearly 100 branch offices and 30,000 employees globally and it is very adept at pulling together EPC contract funding packages for major engineering projects.

Aspire’s consortium vehicle for building the Ovoot to Erdenet rail is Northern Railways LLC, a Mongolian registered company that will be largely underwritten by Aspire’s coal project which will in turn allow the business to focus on the myriad of other commercial freight opportunities that will arise from the building of the Ovoot to Erdenet rail.

Other members of the rail consortium are China Railway 20 Bureau Corporation Group or “CR20BG” and China Railway First Survey and Design Institute Group. Both substantial players in their own areas.

Aspire said the combination of syndicate partners created a strong technical, operational and financial alliance and a consortium that had agreed to support Northern Railways in sourcing debt and equity funding for the railway. Northern Railways estimate that the Erdenet to Ovoot railway will take up to five years to complete at a cost of $1.2 billion.

Aspire Mining said, “With the combined resources of CGGC and CR20BG the Erdenet to Ovoot Railway Project is now well-placed to attract the necessary funding to build this key portion of the Northern Rail Corridor.”

The agreement was ratified at a meeting in Beijing which attracted a high-calibre list of VIPs headlined by the presence of Mongolian Minister for Roads and Infrastructure, Mr Baterdene Jadamba and the Mongolian Ambassador to China, Mr Ganhuyag Damba.

The timing of the signing, witnessed by a number of senior Government dignitaries, suggests that the deadline for CGGC to confirm by 15th February that it will complete a feasibility study and assist in funding Northern Railways project through to completion will be met.  In return, CGGC will earn a 51% interest in Northern Railways.

As the meat in the sandwich located between global superpowers Russia and China, Mongolia is sitting pretty as a conduit for Chinese trade into Russia and Europe. However whilst geography is one significant lure that drew Aspire into the country, geology and the quality of its coal deposits is another attraction.

“Aspire Mining chose to focus on Mongolia as it has favourable geology for metallurgical coal, a conducive permitting and approvals regime and close access to China, the world’s largest consumer of metallurgical coals,” the company said.

Metallurgical, or coking coal, is critical to Chinese industry as it is used in blast furnaces to reduce iron ore and provide carbon for producing steel.

Aspire management said, “The specifications for metallurgical coal are demanding and only a very small proportion of all bitumous coal deposits globally have the necessary combination of properties. The countries with significant metallurgical coal deposits other than Mongolia include Australia, China, USA, Russia, Canada, Indonesia and Mozambique.”

“This Reserve is largely from a single large open pit mine and supports a 21-year mine life producing up to 10 Mt per annum of ‘fat” coking coal. Fat coking coal is highly desirable in the Chinese market due to its excellent blend carrying characteristics and the ability to improve coke quality when blended with lower quality coking coals,” Aspire said.

The Ovoot development plan envisages initial production of 5Mtpa of saleable high-quality coking coal, which will be loaded directly onto rail for delivery to markets that include China, Russia, Eastern Europe, and northern Asian countries. As demand increases for Ovoot coking coal, Aspire will look to ramp up production to around 10 Mtpa.

Aspire also has a 90% interest in the Nuurstei Coking Coal Project in Northern Mongolia, for which it has secured a mining licence providing a 30-year tenure over the deposit. Nuurstei comprises two tenement areas spanning approximately 2km² and located about 160km east of the Ovoot project.