The Madagascan Government has offered to fast-track development of BlackEarth Minerals’ flagship Maniry graphite project, after a positive meeting with the country’s Minister of Mine and Strategic Resources. A German specialist industrial mineral testing outfit has also begun a program for evaluating the company’s ore concentrates for battery testing, while a Chinese institute has independently confirmed the premium quality of the project’s ores. 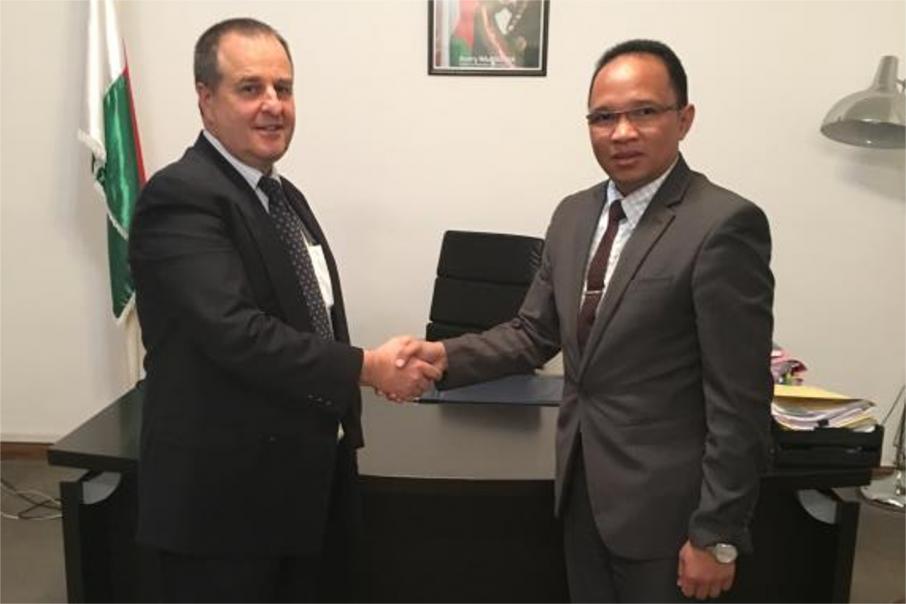 According to BlackEarth management, the Minister has offered his full support to facilitate and fast-track the project’s development, given its strategic value to the community in one of the poorest parts of Madagascar.

The Minister noted the expenditure incurred at the project to date, BlackEarth’s supportive social and community activities in the region and the company’s environmental and development plans for Maniry.

The technical work will target the optimal conditions for producing a “spherical” graphite product from a flake graphite concentrate, that is suitable for use in the battery-manufacturing sector.

According to BlackEarth, the full program of test work will take several months, although phase 1 results are due in August.

In addition, the company has recently received metallurgical test work results on its Maniry graphite products from a China’s Beijing General Research Institute for Mining and Metallurgy, who independently confirmed the quality of the ore samples, backing up the pilot-scale test work completed in Perth last year.

Results show that the premium Large-Super Jumbo flake products comprised 41.5% by mass of the ore sample tested and that the total graphite content exceeded 92% for all different categories of flake, including the Fine, Small and Medium products.

The Institute added that the fixed carbon content had already reached high levels in the testing, but could be improved further through optimised processing and technical parameters.

This will be music to ears of BlackEarth and essentially confirms the very high quality of its ore products to be sourced from the Maniry project.

Confirmation of the product’s premium nature will allow the company to enter into conversations with potential off-take parties with confidence, knowing that it has pursued a rigorous, thorough and auditable qualification of its graphite materials.

BlackEarth added that screened graphite concentrate samples would be dispatched to interested parties by late next month, which includes those companies directly operating in the battery, refractory and expandable markets.

In January, BlackEarth rolled out a positive scoping study for Maniry that showed an initial 10-year mine life, with a pre-tax net profit value of USD$103m and an internal rate of return of 42%, with payback in just under four years.

The proposed staged project would have a manageable capital cost of USD$70m, ramping up from 30,000 tonnes of graphite production in the first three years, to double that for the remaining life of the project.

BlackEarth is also developing the impressive Ianapera graphite project to the north-northeast of Maniry, where surface trenching results have outlined the potential high-quality of that region too.

With solid Government backing and support for the development of the project and confirmatory test work that further proves up the quality of the graphite ores, the company will now be fired up to accelerate its activities in this very prospective region of Africa.