MacTiernan in the Bulldozer Seat

Shadow minister Neil Thomson says the giant AREH hydrogen project's ammonia production should be built in Port Hedland and not near the Eighty Mile Beach wetlands. 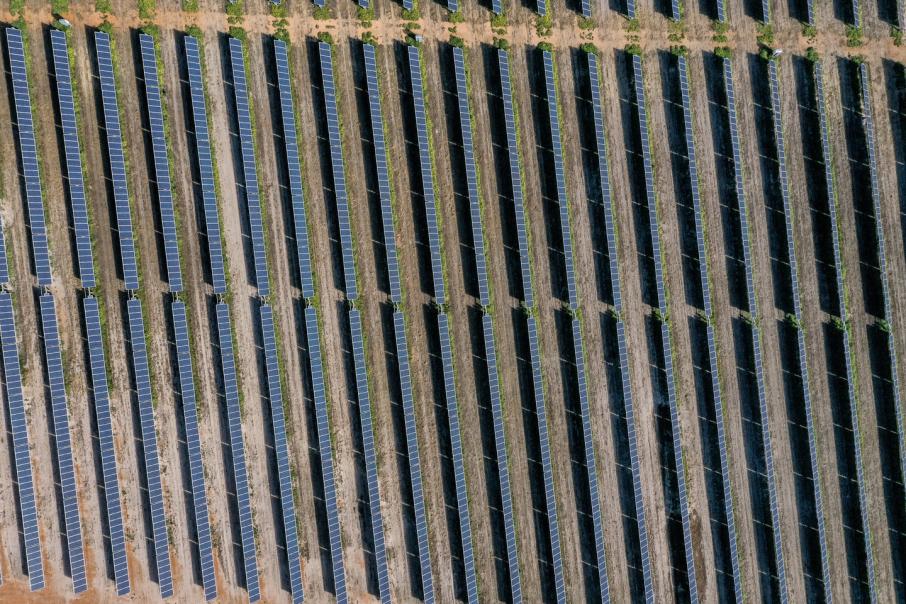 Neil Thomson is the shadow minister for planning, lands and heritage and a Liberal representative in the Legislative Council for the Mining and Pastoral Region.

Allanah MacTiernan and the premier slammed the federal government last week on the decision of Environment Minister Susan Ley to block the new and expanded proposal by the Asia Renewable Energy Hub (AREH) on environmental grounds under the auspices of the Environmental Protection and Biodiversity Conservation Act (1999) Cth commonly known as the “EPBC Act”.

Let’s be clear, the AREH already has environmental approvals for a very large renewable power project between the Kimberley and the Pilbara.

Its proposed massive expansion was to develop an ammonia plant, large port facilities and pipelines right over the top of some of the most sensitive coastal wetlands in our state’s north in the vicinity of Eighty Mile Beach.

To give readers an idea of the scale of this project, it is proposing to generate 26 GW of electricity which could potentially triple energy production in WA.

Its proposed massive solar and wind footprint coupled with heavy industry is large even by Kimberley or Pilbara standards.

One has to wonder what the minister for regional development was thinking when she linked the federal government’s refusal of the project to its approval of the Adani coal mine in Queensland.

This basically implies that decisions by the federal environment minister are being manipulated against renewable energy.

Perhaps she thought it would generate some good politics by throwing a bit of mud about to distract from her own reckless attitude towards the environment in the north.

Alannah also knows full well that the decision would have been made on professional advice based on environmental science – the minister is bound by that advice and has limited capacity to override it.

The bottom line is that the AREH needs to be reviewed before it proceeds at an increased scale.

And it is the job of the state, including McGowan and MacTiernan to help the proponent deliver a better outcome.

My counsel to her and the premier is to stop the mudslinging and do their job.

I would venture to suggest that AREH consider building a major transmission line to Port Hedland where it can concentrate its industrial development and port facilities without impacting on Eighty Mile Beach and the adjacent wetlands.

That move could open up the possibility of a new green steel industry providing us some protection against future shocks to our iron ore industry.

This would safeguard out interests in an increasingly challenging international trade environment.

Eighty Mile Beach and the wetlands adjacent are part of a vital flyway for migratory birds that move annually from Japan and Korea into Australia.

The federal government is a signatory to international agreements that require it to maintain these important feeding and resting grounds along their migratory paths.

Environs Kimberley has also stood up and made it clear it supports the federal government’s decision as I read in a statement from their chief executive Martin Pritchard to state parliament in the early hours of Friday morning 26 June.

During the election campaign, I spoke to hundreds of environmental supporters in Broome.

I am certainly under no illusion that old habits die hard, with their preferences almost always flowing towards Labor.

Yet this is not about votes. This is about principle.

I am a strong proponent of sensible development – including renewable energy – and a strong supporter of the environment.

But all development needs to be done in a mature and considered way.  Just because it is renewable energy, that doesn’t give it carte blanche to destroy our fragile coastal ecosystems.

I worry about a federal and state Labor partnership after the next federal election because it appears that the minister and the premier believe the EPBC Act can be manipulated by the federal minister, and together they would simply make the decision to suit their ends.

The seats of the Kimberley and the Pilbara will be hotly contested at the next state election and sensible approaches should be rewarded, including those that ensure that our community continues to have access to our pristine environment and that development is concentrated in alternative areas.