Lobbying must come into the light

Arthur Sinodinos probably wouldn’t be appearing before a NSW ICAC hearing if disclosure of lobbying activities had already been legislated. 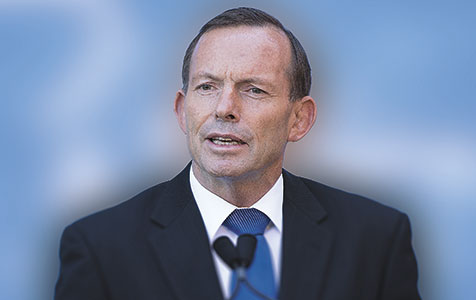 UNWELCOME: Tony Abbott has stated his ongoing confidence in Senator Sinodinos, but has every reason to be concerned.

When will Australia’s 1,000 or so state, federal and territory politicians get off their hands and outlaw clandestine lobbying?

When will they legislate that it be brought out into the open, as in many American states, where anyone can access details of all lobbying activities?

When will Australians be able to say they’re blessed to live under true open government, not outdated arrangements where wheeling and dealing takes places behind closed doors?

Those three questions need answering because Tony Abbott, only nine months into his term as prime minister, has already had to accept a minister’s decision to stand down from his duties over an anti-corruption investigation in Sydney into, among other things, clandestine lobbying – where the stakes were a $200 million prize for a handful of strategically-placed individuals.

I’m referring of course to Mr Abbott’s loss of assistant treasurer Arthur Sinodinos, due to the latter’s imminent appearance at the Independent Commission Against Corruption in NSW.

There were high hopes for Senator Sinodinos, who served as chief-of-staff to former prime minister John Howard and therefore has detailed knowledge of the rights and wrongs, successes and failings of the previous coalition government.

Before entering the Senate, he was chairman of Sydney company Australian Water Holdings, whose wheeling and dealing, including lobbying, is being investigated by the ICAC.

This column definitely isn’t implying misconduct by the senator.

It agrees with The Sydney Morning Herald’s columnist Mike Carlton, who wrote on March 22: “There is no suggestion that Sinodinos did anything illegal or corrupt.

“But he was wheeling and dealing in that dark underbelly of NSW public life that politicians of all sides strive to keep hidden from the mug voters.” Significantly, council assisting the ICAC, Geoffrey Watson SC, when interrogating an earlier witness, said Senator Sinodinos had no expertise in laying piping.

When that witness said he didn’t know the senator’s abilities on “opening doors of Liberal politicians”, Mr Watson retorted: “It was obvious wasn’t it?

“He was a powerful Liberal Party figure.

“He could pick up the phone, no Liberal politician would decline to take his call.”

The ICAC’s investigations include burrowing down all sorts of nooks and crannies, including precisely why certain people were hired by particular companies to undertake designated tasks.

This means consequent embarrassment, media coverage, insinuation, plus resignations from some of the nation’s highest political positions.

To make matters worse, this has been going on for decades.

Reflect on the investigations by Western Australia’s Crime and Corruption Commission that led to the resignations of four Carpenter Labor government ministers, while several retired politicians who’d opted to become lobbyists were investigated and embarrassed, like Senator Sinodinos today.

So often such lobbying triggers such investigations.

How can this if not be brought to an end then be markedly reduced?

The first time this column focused on the destructive aspects of clandestine lobbying was May 30 2002.

That column, headlined ‘Accountability worth lobbying for’, argued that the only way of expunging this dark underbelly and career-destroying aspect of Australian politics was for parliaments to institute full disclosure in lobbying.

Lobbying, it was contended, plays a valuable role and so should be encouraged.

But its clandestine character must be expunged through legislative requirements for full disclosure.

Full disclosure simply means Australian parliaments should enact legislation that ensures the three parties in any lobbying exercise must submit monthly, or bi-monthly, or perhaps quarterly, returns to a designated parliamentary officer setting out truthfully all pertinent details of every lobbying exercise, including how much lobbyists were paid.

Who are these three parties?

Firstly, there’s the person, company or organisation hiring a lobbyist.

And thirdly, there’s the official, minister, or ministerial adviser, being lobbied.

And the detailed written truthful returns each of these individuals must submit must be available for public inspection.

That’s full disclosure, which is absent across Australia, making lobbying, as presently practised in this country, a clandestine activity.

And that should cease, immediately.

But there are many reasons our politicians won’t outlaw clandestine lobbying.

The most obvious of these is that so many aspire to becoming lobbyists to top-up their handsome pensions after leaving parliament.

In the Sinodinos case, several things could have occurred if such full disclosure existed in NSW, including that Senator Sinodinos may never have been hired by AWH.

The reason is that AWH’s officers may not have wished to have the lobbying they sought outlined in a return they, their hired lobbyist, and ministers or other officials, would have had to file and became publicly accessible.

That being so they, and we, would all be better off today.