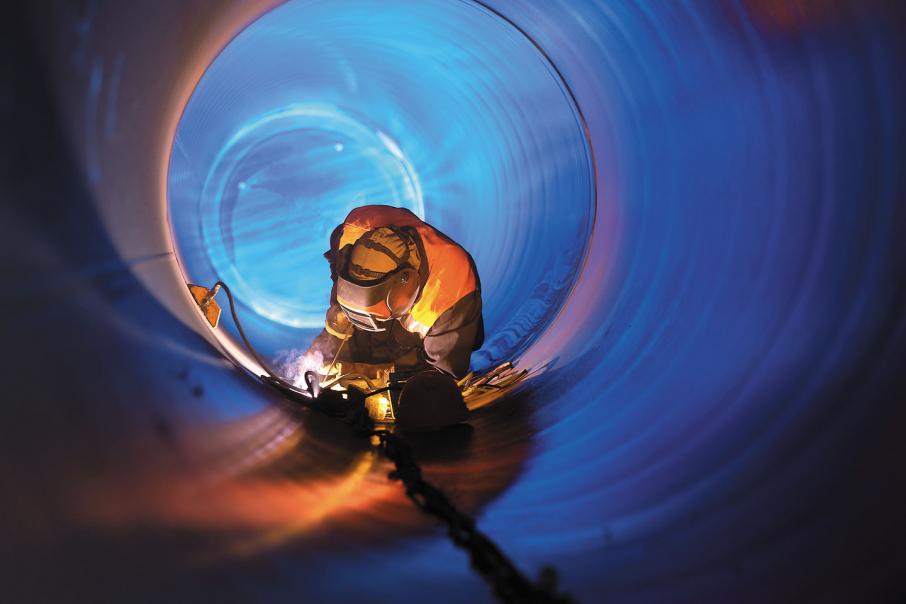 The loss of manufacturing jobs has removed a safety net for many workers. Photo: Stockphoto

Federal budget season seems like a fine time to take a trip far, far away from Australia and the endless politicking over those elusive surpluses.

A combination of work and family matters took me to Switzerland recently, where I got the chance to further my understanding of this centre of clocks, chocolate and commerce.

I found out several surprising things about the Swiss, including (to my utter astonishment) that all homes must include a bomb shelter.

And not just a bit of a concrete bunker in the basement; these shelters must be built to withstand a nuclear attack and most include air filtration systems as well as supplies.

It has been a requirement for the politically neutral European country since the 1960s, along with national service for all males once they are 18 (it remains voluntary for women).

Rumour has it the Swiss government also manages a huge stockpile of munitions, hidden in secret caverns among its mountainous countryside.

For a nation that has played no active role in any recent conflict, it’s a fascinating insight into the nation’s cultural psyche, even if North Korea is doing its best to put the chic back into bomb shelters.

“Switzerland has to be able to protect itself,” was the simple explanation provided by one of my European colleagues.

“We’re surrounded by other countries and there’s no escape route,” she said.

When you think about it, taking a neutral stance is a pretty smart move for a landlocked country in one of the most culturally diverse regions of the world, although the Swiss response includes an expensive insurance policy and a clear distrust of the neighbours.

It has echoes in how we Australians engage in our neighbourhood, living as we do on a massive island girt by sea.

However, it did get me thinking about how cultural values affect the financial wellbeing of businesses, and indeed entire economies.

And I wondered what the Australian equivalent of a Swiss bomb shelter might be.

Australians spend billions on insurance, but this investment allegedly belies the rate of underinsurance.

As cost-of-living increases and anemic wage growth exert more and more pressure on family budgets, many Australians are reeling at increases in their insurance premiums, particularly in health.

So what’s keeping us safe on this enormous island, could it really be housing?

The expression ‘safe as houses’ dates back to the late 1870s, and is postulated to relate to financial security, which curiously brings us neatly back to the federal budget, despite my intention not to go anywhere near it and the measures put forward to improve housing affordability here.

While home ownership in Australia is high by international standards, tellingly, the rate of ownership among millennials lags our developed peers of France, Canada and Britain.

Prime Minister Malcolm Turnbull appears to be following the lead of his UK counterpart, Theresa May, who announced incentives encouraging older residents to move out of large family homes into purpose-built seniors housing earlier this year.

Mr Turnbull is offering older Australians the opportunity to pump an additional $300,000 into their super if they move out of the big family home.

It’s just one part of the government’s plan to improve housing affordability in Australia, which has been brazenly linked with immigration in recent months, pushing debate over Australia’s ethnic diversity closer to the centre of national politics.

Home ownership has long been viewed as something of a sacred cow in Australia, a bedrock of future financial security.

But with house prices racing ahead of wages growth in recent years, it’s getting harder to support this argument.

And this price growth has completely decimated the equalising power of home ownership, which was once a realistic goal for almost all Australian households.

My grandfather left the keys in the door of his Sydney house in the 1920s, walking away from a mortgage after losing his job.

He took a job as a cattle drover for famous pastoralist Sidney Kidman, until he’d saved up enough to start again.

Hardship may be nothing new to Australia, but the unskilled jobs that provided some sort of safety net when the skilled economy faltered have all but disappeared.

And more will go in years to come, leaving us increasingly exposed to economic shock, global and local.

Sounds like a fine time to be building a bunker to me.