Lithium Australia is acquiring full ownership of the Sadisdorf deposit in Germany for €2m in cash and scrip from JV partner Tin International. Recent drilling returned an intercept of 32.2m at 0.52% lithium oxide. The company will accelerate development plans with a scoping study expected to be completed in October 2018 while other key studies are also being carried out. 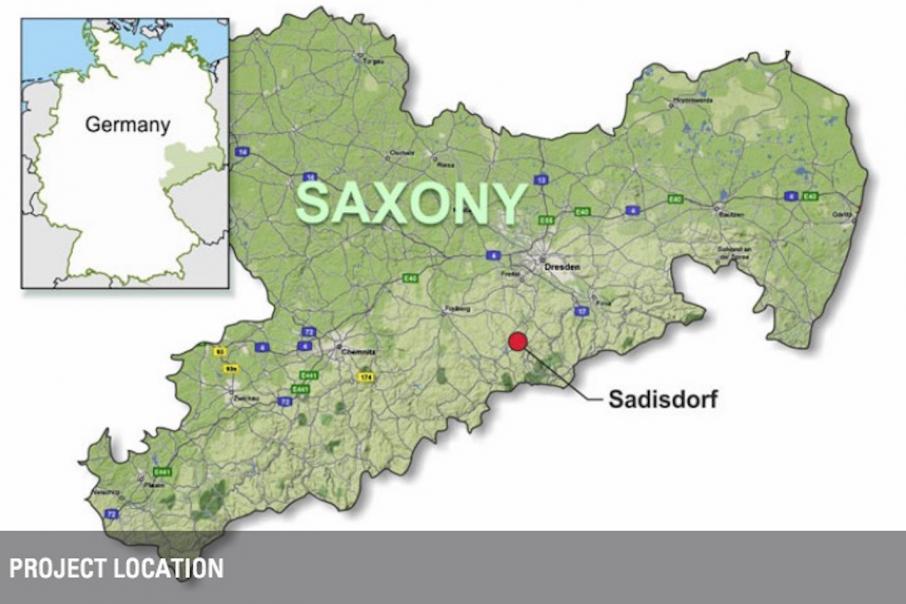 Lithium Australia is about to move to full ownership of the Sadisdorf deposit in Germany where it has already made several solid lithium and tin drill intercepts.

Sadisdorf has an inferred resource of 25 million tonnes at 0.45% lithium oxide contained within alteration around tin mineralisation that can be readily concentrated after the removal of tin by conventional gravity separation.

The company is acquiring the deposit from Germany’s Tin International AG for €2m in a cash and scrip deal.

Prior to this week’s announcement the parties were in a joint venture whereby Lithium Australia was earning a 50% interest in the project however the Perth based lithium explorer and technologist now wants to move to 100% ownership having already spent about €750,000 on exploration activities to date.

In May, the company reported that the first hole of its maiden drilling program returned intercepts including 32.2m at 0.52% lithium oxide and 11.6m at 0.35% tin. Results are still pending from the second and third holes in the program.

The company will step on the accelerator once the acquisition is completed and aims to complete a scoping study on the project by October 2018.

This will run in parallel with a number of other projects the company has on the go right now. These include the evaluation of nearby cobalt mineralisation, its SiLeach development program and downstream processing of lithium-ion battery cathode materials.

Managing Director, Adrian Griffin, said: “Acquisition of Sadisdorf is a key component of our European energy metal supply strategy. SiLeach is the only practical means of realizing the full potential of deposits of this type where value can be recovered from the lithium, tin, potassium and other valuable by-products.

“Our recent cobalt exploration success in the region is testimony to the latent potential of Saxony as a supply centre of the European battery industry.”

Sadisdorf is an historic tin mine in Saxony’s Erzgebirge region, one of the world’s richest sources of tin and a significant mining centre for decades.

According to Lithium Australia, its drilling program - the first at Sadisdorf since 1990 – has confirmed the pervasive nature of lithium mineralisation and supported the view that the deposit is a polymetallic lithium-tin bearing greisen system.

Recent developments have also highlighted the value of securing lithium resources in Europe with Chinese battery maker BYD announcing plans to establish a battery factory in Europe while Sweden’s Northvolt is working with Siemens and Scania to build a €4bn lithium-ion battery factory.

Europe’s planned battery production capacity will eventually dwarf Tesla’s Gigafactory in Nevada that is expected to produce 35GWh of batteries annually by 2020.

Grab sampling has already returned interesting results with the second round of samples producing 1.47% cobalt and some solid lithium values.