Lithium Australia looks set to drill test an exciting swarm of stacked pegmatites at Lake Johnston that outcrop over 450m x 100m. The company previously said it is looking at an exploration target at its Medcalf project in the Lake Johnston region of between 5 million tonnes and 8 Mt at between 0.8% lithium oxide and 1.2% Li2O. Lake Johnston is exquisitely located near three major lithium deposits. 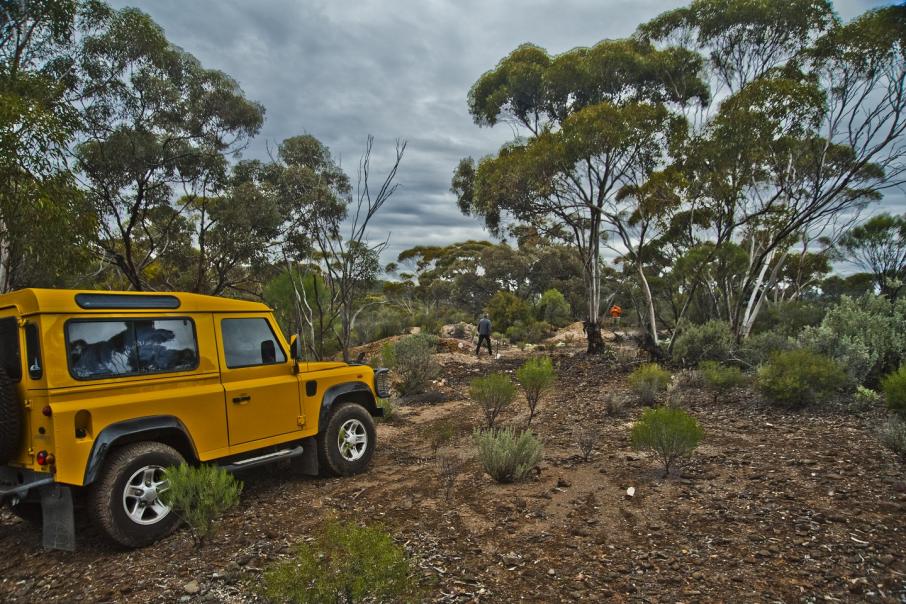 Lithium Australia looks set to drill test an exciting swarm of stacked pegmatites at Lake Johnston in WA that outcrop over 450m x 100m to the west of Norseman. The company previously said it is looking at an exploration target at its Medcalf project in the Lake Johnston region of between 5 million tonnes and 8 Mt at between 0.8% lithium oxide and 1.2% Li2O.

The company’s field work during 2019 unearthed numerous outcrops of spodumene-bearing pegmatite swarms at Medcalf and anomalous soil geochemistry that suggests possible extensions of the mineralisation beneath cover, according to company management.

Lithium Australia is planning on a maiden RC drill program at Medcalf that will see about 2,500 metres ploughed in and it hopes to have the rods turning towards the middle of this year.

The lithium explorer and technologist has also picked up a new exploration tenement in the Mt Deans East region near Norseman from ASX listed Aruma Resources. Mt Deans is prospective for lithium-caesium-tantalum pegmatites.

Lithium Australia has agreed to keep the tenement in good standing for nine months to earn a 50% interest and will then issue a further $50,000 worth of its shares. If it maintains the ground for another 18 months, it can earn a further 30% and then contribute pro-rata to further exploration.

The Perth based company is also continuing to blaze a trail with its new “LieNA” technology which is capable of processing fine spodumene feedstock and waste ore into a suite of battery chemicals including lithium phosphate, hydroxide, sulphate or chloride salts from a single refinery.

The beauty of this new technology is that its ‘feedstock’ includes fine spodumene or spodumene that does not currently meet commercial concentrate specifications.

The technology uses a caustic solution to convert spodumene into a lithium-bearing sodalite phase.

The sodalite is then recovered and selectively leached to produce a lithium-bearing solution that is further treated to produce a high-purity, refined tri-lithium phosphate product.

All of this is done without the need for expensive, energy hungry roasting or the production of sodium sulphate as a by-product.

Lithium Australia said it is now looking to lithium sources to test mine-waste such as historical and active waste dumps and tailings in addition to securing its own in-ground lithium resources.