Lithium Australia has entered an agreement with a private exploration company to acquire 3 tenements at the Youanmi lithium project, located near Sandstone in the Murchison of Western Australia. Lithium-bearing pegmatites strike over almost 3km across the tenements up to widths of 200m where mapped. Rock chip sampling at the project has shown lepidolite-rich pegmatites with up to 4.2% lithium oxide and likely tantalum credits. 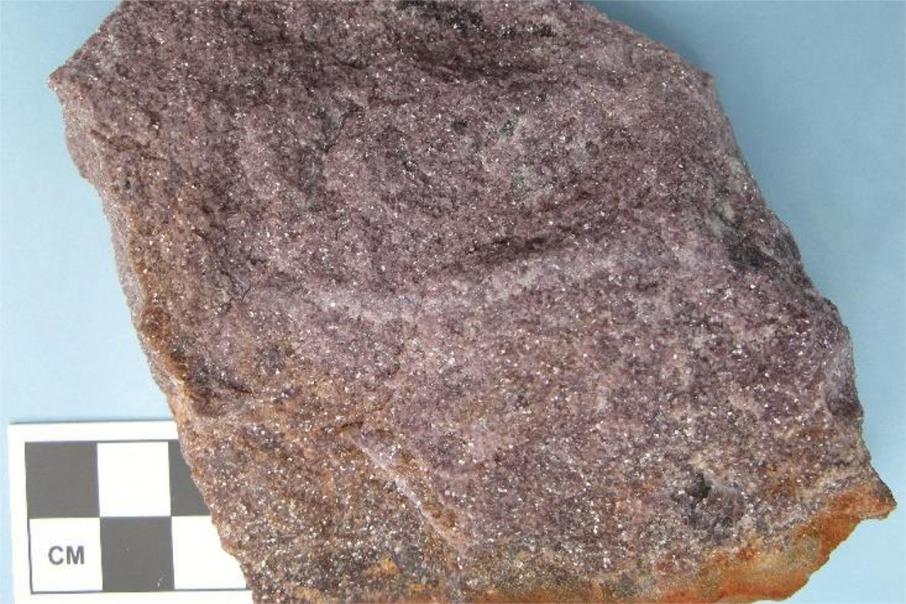 The company has taken an option over the Youanmi lithium project and executed an agreement with private exploration firm Diversity Resources Pty Ltd.

The project is known to host abundant lithium pegmatites which intrude layered mafic rock sequences, that also host vanadium-rich titanomagnetite horizons in this region of the Yilgarn Craton.

The early stage project has a great postcode too, given its location very close to other lepidolite-bearing lithium pegmatite occurrences recently identified by ASX listed Lepidico and Metals Australia in the same area.

Field work at Youanmi has revealed occurrences of lithium-bearing pegmatites over a strike length of almost 3km and widths of at least 200 metres.

Rock chip sampling has confirmed the presence of encouraging lithium values up to 4.2% lithium oxide in addition to anomalous tantalum values, which often accompany the lithium mineralisation in LCT pegmatite terranes.

According to Lithium Australia, mineralisation to date is limited to lepidolite – a lithium rich mica mineral – however due to typical regional zoning patterns for pegmatites, this does not preclude the possibility of higher grade spodumene turning up on the tenements.

The company also said that outcrop in the area is sparse and limited geophysics shows a complexity to the geology that is not shown at surface, elevating the area’s broader future prospectivity.

Lithium Australia M.D. Adrian Griffen said: “The Youanmi lithium project has many of the attributes of WA’s other emerging lithium centres. The area has been a focus of past multi metal exploration. Its lithium potential has largely been ignored, but there has been a significant amount of drilling of the vanadium horizons.”

“The lithium mineralisation style is ideally suited to SiLeach processing and may be a feed source for Lithium Australia’s Generation 3 pilot plant.”

The company has secured an option to purchase 100% of the Youanmi project by paying Diversity a non-refundable $100,000 sign-on fee for a 6 month option and another $100,000 should it wish to extend the option to 12 months.

If Lithium Australia elects to exercise the option, it will issue $3.1m in scrip to the current tenement holders of the project and the latter will be then be vended a 2% gross production royalty, or $1 per tonne of ore material mined and processed, whichever is greatest.

Lithium Australia is one of a number of ASX listed companies keen to “value add” to the lithium chain, with WA predicted to produce more than half of the world’s supply of the newly sought-after battery metals commodity by year’s end.

This week, the Department of Industry’s chief economist Mark Cully said that WA could earn “hundreds of billions of dollars” by taking full advantage of its battery-making mineral wealth, but warned governments must act quickly to capitalise on the opportunity.

The key to those riches is the State’s long-held desire of hosting a genuine downstream processing facility and companies like Lithium Australia and fellow ASX listed Neometals Ltd have taken up the baton and run with it.

Even without a lithium refining industry in WA, it is estimated that exports of the mineral will rise to $1.1b by 2020, nearly a ten-fold increase since 2012.

The challenge for WA companies is to get ahead of the global curve when it comes to lithium and in that sense, Lithium Australia is well ahead of the pack with its patented SiLeach processing technology.

SiLeach is a chemical process that is able to convert lower grade lithium minerals directly into lithium hydroxide or lithium carbonate without the need for expensive roasting.

In particular, Lithium Australia is focussing on securing lithium bearing ground that is hosted in a “lepidolite” mineralisation rather than the more sought after “spodumene”, given SiLeach’s ability to convert it to battery chemicals regardless of its somewhat lower grade.