Lithium Australia’s second generation SiLeach pilot plant trial at ANSTO Minerals’ facility in New South Wales has successfully produced a product containing between 90% and 95% lithium phosphate. A sample of the product is now being tested at Lithium Australia’s 100%-owned subsidiary VSPC Ltd, with a view to producing and testing lithium ion batteries made from this material. 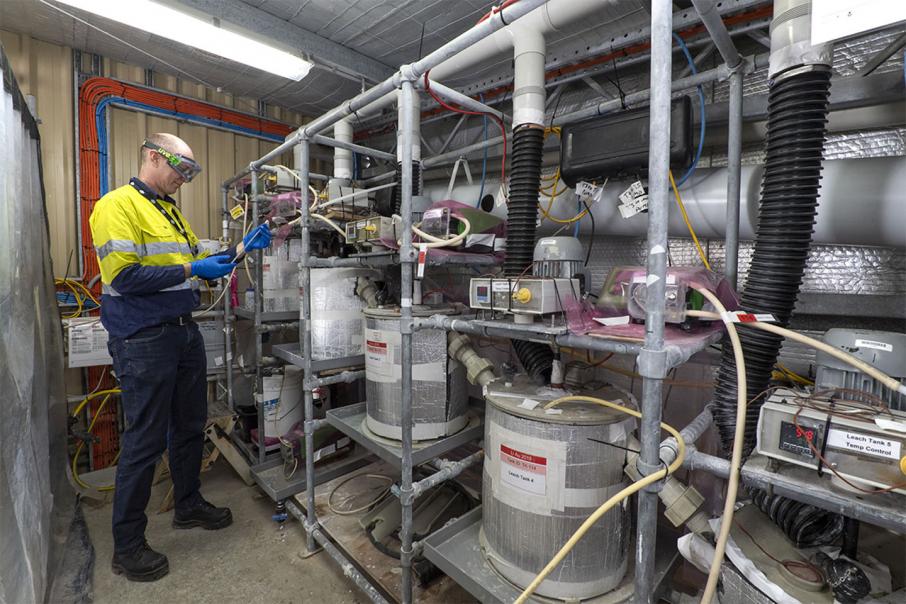 It was produced from a single pass precipitation circuit using waste material that would not be suitable for conventional processing.

SiLeach is a proprietary chemical process that is able to extract lithium from lower grade ore without the need for expensive, energy hungry roasting.

To achieve this, the company has developed a novel process for removing fluorine and calcium. This process has been included in the relevant SiLeach patent applications.

Further optimisation of impurity removal and/or refining options for lithium phosphate are in development and will be included in the extended duration third generation pilot plant campaigns for SiLeach that the company plans to carry out in 2019.

A sample of the lithium phosphate produced during the second generation pilot-plant campaign is now being tested at Lithium Australia’s 100%-owned subsidiary VSPC Ltd, with a view to producing and testing lithium ion batteries made from this material.

Managing Director Adrian Griffin said: “Such positive results bolster our intent to move forward with a large-scale pilot plant for SiLeach and recover and convert contaminated mine wastes into lithium chemicals.”

Earlier this month, the company reached in principle agreement with a battery researcher for the development of advanced “silicon anodes” that could significantly increase the energy density of lithium-ion batteries.

As part of this program, the Perth based company plans to establish facilities for the development of the new graphite/silicon anodes at its VSPC plant in Brisbane.

The high recovery of lithium phosphate is certainly encouraging at this stage and if VSPC can produce high quality battery cathode materials, it will effective realise and subsequently commercialise its business model.