Lithium Australia has successfully completed Stage 1 of its SiLeach pilot plant trial at ANSTO Minerals facility in New South Wales with the production of a lithium pregnant liquor that meets purity targets. SiLeach is a potential game changer for the lithium battery chemicals business as it has the ability to process lower grade ore at a lower cost that the expensive “roasting” based methods. 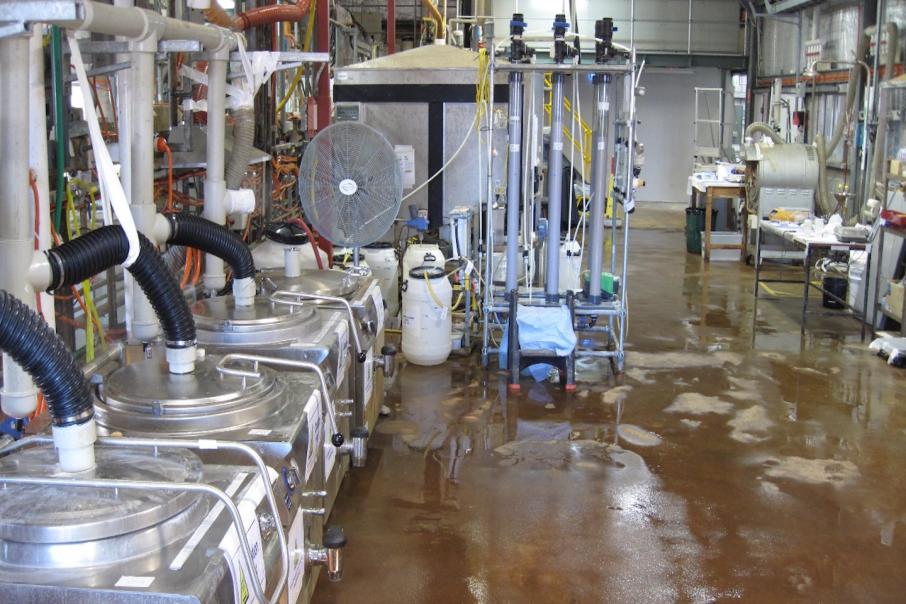 Economically recovering lithium from mine waste without expensive and energy hungry “roasting” of the feed stock may seem like a lofty goal, but Lithium Australia is now well on its way towards proving that its proprietary SiLeach technology can do just that.

The ASX listed company has successfully completed Stage 1 of its “SiLeach” pilot plant trial at ANSTO Minerals’ facility in New South Wales with stage two due to kick off next week.

By skipping the expensive roasting stage and instead turning to a proprietary chemical process to extract the ore, Lithium Australia says it should be able to economically process material that would ordinarily be viewed as low grade and sub-economic.

During Stage 1 of the trial, the pilot plant operated continuously for five days, processing lepidolite concentrate recovered from mine waste at a rate of about 4kg per hour through leach, preneutralisation and impurity removal stages to produce a lithium pregnant liquor that meets purity targets.

Preliminary data indicates that lithium extraction in the leach circuit peaked at 97.5% and averaged 94% for the duration of the trial. Acid addition was 1,300 kg/t and fluorspar (CaF2) addition 180 kg/t of concentrate feed.

According to the company, leach results exceeded targets, supporting the opportunity for concentrate grind size and reagent optimisation during design of the proposed larger-scale pilot plant.

All unit processes operated robustly with minimal stoppages while practical solid/liquid separation was achieved for all circuits tested.

It is also looking to confirm equipment selection and sizing to support a cost estimation for a front end engineering design to build a larger scale, in-field pilot plant.

Lithium Australia is also investigating the feasibility of recovering aluminium fluoride from the residue produced during a Sileach processing run, which the company says could provide and economic boost by way of saleable credits.

Lithium Australia will now process the lithium rich liquor through Stage 2 of the trial where calcium and fluorine will be removed and a lithium phosphate produced as a final product.

A sample of the final product will be further processed at Lithium Australia’s wholly-owned subsidiary, VSPC, to create cathode material for use in the production of lithium-ion batteries.

Importantly, the company says it is also looking to investigate converting SiLeach-produced lithium phosphate to a lithium hydroxide product.

Managing Director Adrian Griffin said: “We are extremely pleased with the outcome of the first stage of the two-stage SiLeach pilot plant trial at ANSTO Minerals. We anticipate that stage 2 will result in the production of a lithium chemical from waste material sourced near Kalgoorlie.”

“We will then apply VSPC's proprietary process to that lithium chemical and, ultimately, produce a lithium-ion battery: a world first. And we'll do so whether the Australian federal government chooses to back the Lithium Valley concept or just ignore it.”

SiLeach is a key component in Lithium Australia’s plan to “close the loop” on the energy metal cycle.

Lithium Australia is a curious beast that crosses borders that are traditionally ring fenced in the downstream lithium industry.

It has the ability to find lithium on its own exceptionally well located string of lithium exploration leases, it can convert that lithium to battery chemicals courtesy of SiLeach and it can then manufacture lithium battery cathodes and therefore batteries themselves, at its Very Small Particle Company.

The company will also benefit from the largely untapped battery recycling market with its “RCARC” technology for recycling old batteries and extracting the lithium from them.

This string of lithium silo business units sets Lithium Australia up to become possibly the only cradle to grave lithium player out there.