Lithium Australia’s new refining process has successfully produced a high purity lithium phosphate product for use in lithium-ion batteries, bypassing the need to produce lithium hydroxide or carbonate. The new process fits seamlessly into the SiLeach process and greatly reduces the concentrations of impurities such as potassium, sodium and sulphur, providing scope to further improve battery performance. 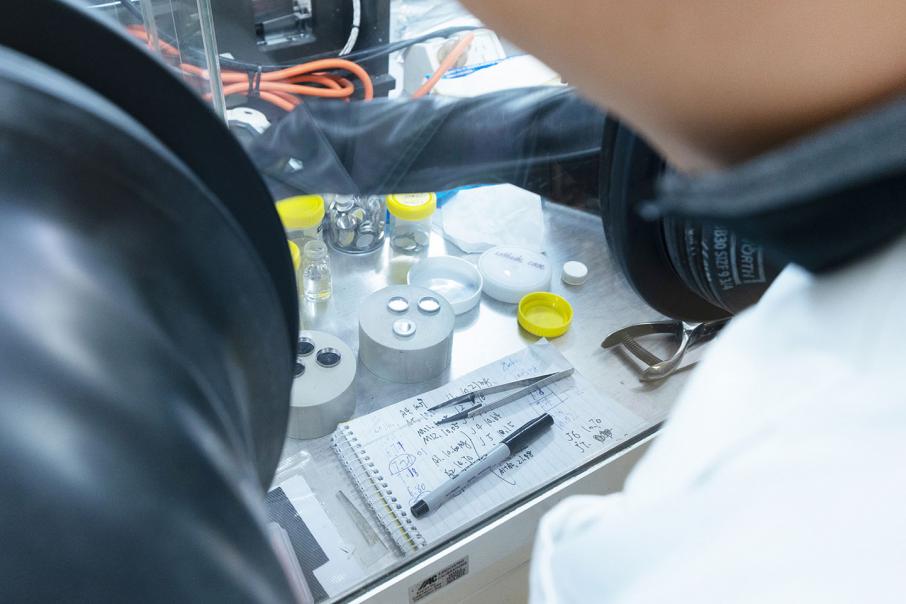 Battery technology developer Lithium Australia has successfully refined lithium phosphate generated by its proprietary “SiLeach” process into a high purity product that can be used to produce lithium-ion batteries.

Importantly, the new process fits seamlessly into the SiLeach process and reduces the concentrations of impurities such as potassium, sodium and sulphur by orders of magnitude, providing scope to further improve battery performance.

Last year, the company proved that a combination of its SiLeach process and VSPC cathode production technology removed the need to produce high-purity lithium hydroxide or carbonate, which is one of the most technically challenging steps in the battery manufacturing process.

The lithium phosphate product was converted to lithium-ion-phosphate cathode material at VSPC’s electrochemical laboratory and pilot plant facility in Brisbane.

Lithium Australia will integrate the refining stage into the third generation SiLeach pilot plant that will be constructed at ANSTO Minerals’ Sydney facility later this year.

This will refine the lithium phosphate that will then be converted into cathode material and lithium-ion batteries for testing at the VSPC facility in Brisbane.

The company also expects the refining process to significantly enhance the next round of development for its LieNA process, which is designed to recover lithium from spodumene without the need for expensive, energy-hungry roasting used in traditional processing.

LieNA offers a number of potential advantages over traditional processing such as improved resource utilisation, thanks to its capacity to process fine spodumene concentrates, and the ability to regenerate reagents used in the process.

Lithium Australia Managing Director Adrian Griffin said: “Process efficiency is the key to cost reduction in the battery industry. We have hit the nail on the head by using waste material as feed, and by reducing the number of processing steps required to produce high-quality battery components.”

“Our processing technologies also have great potential for the lithium brine industry, and we look forward to collaboration in that sector.”