Lithium Australia on the hunt for nickel-platinum

Lithium Australia’s joint venture partner at the Wundowie project, Australian Vanadium, has launched into a detailed study of the historical exploration dataset, highlighting the potential of the tenure to host significant nickel, copper and platinum group mineralisation. The companies are now planning an extensive program of geophysical and geochemical surveying across the collaborative tenement positions. 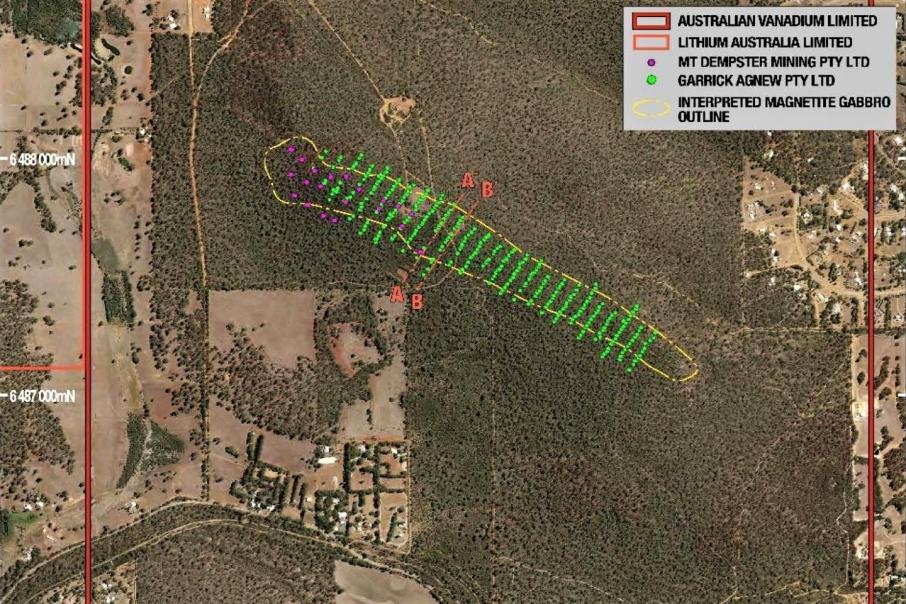 Multi-faceted mineral and technology player, Lithium Australia’s joint venture partner at the Wundowie project, Australian Vanadium, has launched into a detailed study of the historical exploration dataset over the project area.

The study has highlighted the potential of the tenure to host significant nickel-copper-platinum group mineralisation with an extensive program of geophysical and geochemical surveying across the collaborative tenement positions now being planned.

The Wundowie project is located around 65km north east of Perth in Western Australia in the South West mineral field. The project lies around 29km southeast of Chalice Gold Mine’s headline-grabbing Julimar nickel-PGE discovery and covers around 59 square kilometres over the Coates Mafic Intrusive Complex.

The project is a collaborative agreement between Lithium Australia, Australian Vanadium and privateer, Mercator Metals.

The various partners in the collaborative agreement have been contributing their own exploration datasets to fast-track exploration, with Australian Vanadium having recently completed detailed forensic exploration over the Coates vanadiferous titanomagnetite deposit.

Australian Vanadium has captured over 18,000m of historical drill data from the 1970s, including geological logging and assaying, over the vanadium-rich deposit in the southern project area, allowing 3D modelling and an analysis of the target.

The company has also secured historic drill core from Coates, facilitating initial lab studies of both the mineralisation styles and various rock types present, which is beginning to unlock the potential of the Wundowie project area.

“The presence of vanadium-bearing layered gabbro intrusions throughout the SW Yilgarn and their association with more ultramafic zones bearing Ni and PGE, align geologically with Coates and the ground held by AVL, LIT and Mercator. “

“The data compilation and modelling undertaken to date strongly supports further exploration for base and precious metals at Coates.”

Australian Vanadium’s work program confirms the presence of prospective intrusive mafic and ultramafic rock types, including gabbro’s and serpentinites, demonstrating geological affinities with both the nearby Julimar discovery and the revered Nova-Bollinger nickel-copper-PGE mine in the Fraser Range.

Interestingly, XRF scanning of the drill core also revealed the presence of sulphide mineralisation including pyrrhotite, pyrite and chalcopyrite – all minerals are commonly associated with nickel sulphide ore systems.

The Australian Vanadium work dovetails well with the geophysical and geochemical studies completed by Lithium Australia and Mercator Metals to the north west of Coates deposit, which shows an extensive anomaly associated with the contact between the basement rocks and the Coates Mafic Intrusive Complex. The work undertaken by the collaborative joint venture partners is now gaining momentum and generating an increasing number of targets for future investigation.

With much of the historic drilling at Coates extending to only 50m or less and the targeting criteria at Wundowie rapidly stacking up, the joint venture is now working with both Government and local land owners to get boots on the ground in the lead up to the end of 2020.