Lithium Australia’s partial subsidiary, Envirostream Australia, has executed an offtake MoU with South Korean company SungEel HiTech Co., Ltd for the sale of its recycled battery metals as a “mixed metal dust” product. SungEel will refine the materials into suitable chemicals for the production of new lithium-ion batteries and effectively “close the loop” for the battery manufacturing and recycling business. 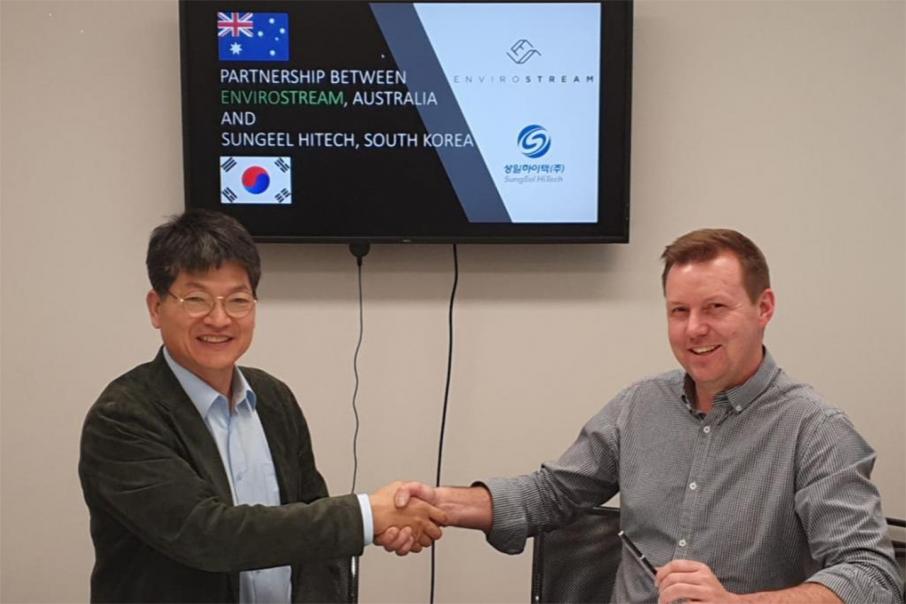 The company recently increased its equity stake in Envirostream Australia, from 18.9% to 23.9%.

This week’s deal will allow Envirostream to supply SungEel with an exclusive supply of metals extracted from recycled lithium-ion batteries, or “LIBs”, out of Australia.

That supply will comprise a “mixed metal dust”, or “MMD”, that contains the energy metals cobalt, nickel and lithium, recovered from spent lithium-ion batteries at Envirostream’s recycling plant in Melbourne.

Presently, Envirostream is the only Australian-based company that can recycle all the energy metals from spent LIBs.

The company said it would recommence shipments of its MMD this month, following a recent expansion of its recycling facilities.

SungEel will refine the MMD into chemicals for the production of new lithium-ion batteries, effectively closing the loop for the process.

Lithium Australia Managing Director Adrian Griffin said: "Lithium Australia is working with Envirostream to roll out the latter's Australia-wide collection network and expand its shredding and separation capacities as rapidly as possible. The MoU with SungEel provides for immediate refining of the MMD that Envirostream produces.”

“Closing the loop on the production of battery materials reduces the environmental footprint of the mining and processing aspects inherent in LIB production, improves sustainability and prevents the components of spent LIBs from leaking into groundwater and oceans as a consequence of their relegation to landfill or transport to other jurisdictions.

Lithium Australia is currently reorganising its business divisions and with the recent extra investment into Envirostream, it has strengthened its commitment to “closing the loop” on the LIB cycle.

The company also recently demonstrated that it could successfully manufacture new coin-cell LIBs from recycled materials that were recovered by Envirostream.

Mr Griffin said at the time: "In recycling spent LIBs, we hope to meet the ethical, social and governance standards the community has grown to expect. The world's capacity to deal with climate change is also bolstered by the resulting improvements in resource sustainability and reductions in the environmental footprint of portable power”.

The company’s move up the Envirostream register is yet another sign of its commitment to play a significant role in the development of pretty much every aspect of the lithium battery cycle.

With many major car manufacturers indicating a move to electric vehicles and developed countries now predicting a ban on certain fossil-fuelled cars in the future, Lithium Australia’s multitude of lithium technologies will start to come to the fore.

Lithium-ion battery propelled vehicles are a “nice to have” right now, but in time, Governments of the world will ensure their take-up globally and when that happens, early movers in the space like Lithium Australia will likely reap the rewards from its current investments in the sector.