Lithium Australia’s high hopes for their lithium clay joint venture in Mexico have been confirmed after their first drill hole at the project hit Lithium. The company, in partnership with Alix Resources, are targeting a thick bed of sediments over a strike length of five kms, right next door to Bacanora Minerals’ La Ventanathe project, considered to be the world’s largest Lithium clay deposit. 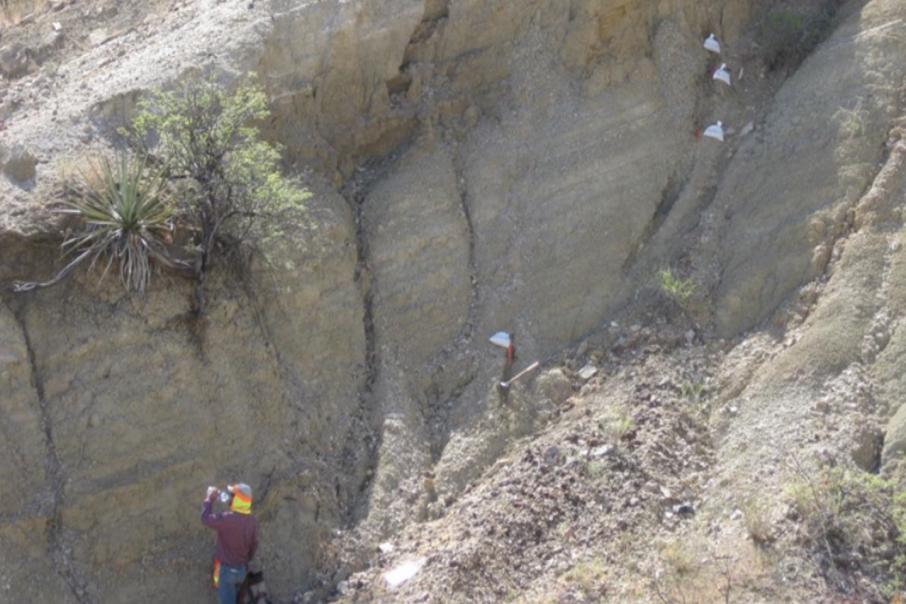 The results represent an excellent start for Lithium Australia and their 51% Canadian JV partner Alix Resources, who are drilling next door to Bacanora Minerals’ La Ventana deposit, regarded as the biggest Lithium clay deposit in the world.

In a statement to the ASX this week, Lithium Australia reported that they had completed five RC holes for a total of 627 metres, with positive assays available from the first hole.

Lab testing showed the first vertical hole, drilled to a depth of 126 metres, had intersected two intervals of +1,000 parts per million or “ppm” Lithium in clay-bearing volcanogenic sediments.

According to the company, assays over 1,000 ppm are significant and represent the cut-off grade used by SRK Consulting on the neighbouring La Ventana deposit.

Lithium Australia Managing Director, Adrian Griffin, said: “The maiden drill results demonstrate a target of great significance. These results, together with the outcome of the preliminary metallurgical tests, indicate the robustness of the lithium-style mineralisation at our Mexican JV holdings.”

The unique, in-field, hand-held lithium assay instrument developed by Lithium Australia in conjunction with partner SciAps, has proved to be accurate against lab assays and will provide major efficiencies in the hunt for future ore bodies . The new tool is undergoing its first major field test as part of the Agua Fria drill program and will be an invaluable aid in drilling decision making.

Lab tests also confirmed the Lithium can be liberated in sulphuric acid at room temperature, potentially providing a very low cost means of recovering metal from the target material.

Investors will be watching closely as assays flow in from other holes in this program, which is testing a huge bed of Lithium clays over a strike length of five kilometres.

With the world’s largest Lithium clay project just down the road, no doubt Lithium Australia will continue to talk up the exquisite near-ology of this project.