Lithium Australia has formalised an option agreement to acquire the three exploration licences that comprise the Youanmi lithium project about 100km southwest of Sandstone from private exploration firm Diversity Resources Pty Ltd. The project could be a feed source for the company’s upcoming third generation SiLeach pilot plant trial. 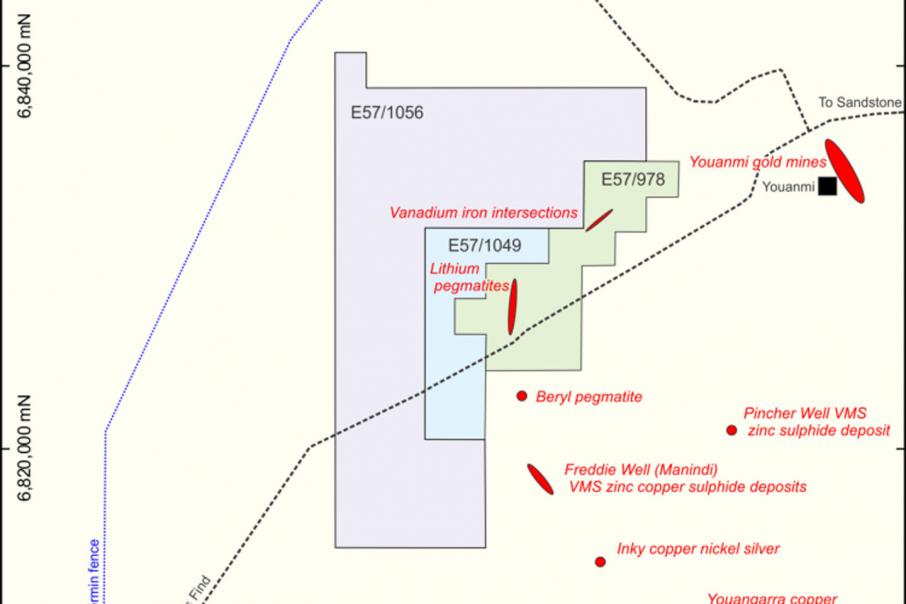 The project is known to host abundant lithium-bearing pegmatites which intrude layered mafic rock sequences, that also host vanadium-rich titanomagnetite horizons in this region of the Yilgarn Craton.

Importantly for the company, it represents a potential feed source for its upcoming third generation SiLeach pilot plant trial.

SiLeach is a proprietary chemical process that is able to extract lithium from lower grade ores without the need for expensive, energy hungry roasting.

The Youanmi lithium project is still at an early stage with initial work including prospecting, a review of past work, geological reconnaissance, mapping and rock-chip sampling.

Work to date has revealed occurrences of lithium-bearing pegmatites over a strike length of almost 3km and widths of at least 200 metres.

Rock chip sampling has confirmed the presence of encouraging lithium values up to 4.2% lithium oxide in addition to anomalous tantalum values, which often accompany the lithium mineralisation in these LCT pegmatite terranes.

According to Lithium Australia, mineralisation to date is limited to lepidolite – a lithium rich mica mineral – however due to typical regional zoning patterns for pegmatites, this does not preclude the possibility of higher grade spodumene turning up on the tenements.

Lithium Australia has agreed to pay Diversity $100,000 for a six-month option to acquire the three exploration licences. This can be extended by another six months by paying another $100,000.

The company can acquire the licences by issuing $3.1m in scrip and granting Diversity the greater of either a gross production royalty of 2%, or $1 per tonne of material mined and processed.

Managing Director Adrian Griffin said: “Recent advances in our battery technology demonstrate that materials such as lepidolite, which is abundant at Youanmi, can be processed to produce viable precursors for lithium-ion batteries.”