Lithium Australia’s patent application to take waste rock from a lithium mining operation and turn it directly into a lithium phosphate product suitable for making battery cathodes received a shot in the arm this week. An international examiner has determined the process is “novel, involves an inventive step and is applicable to industry”. 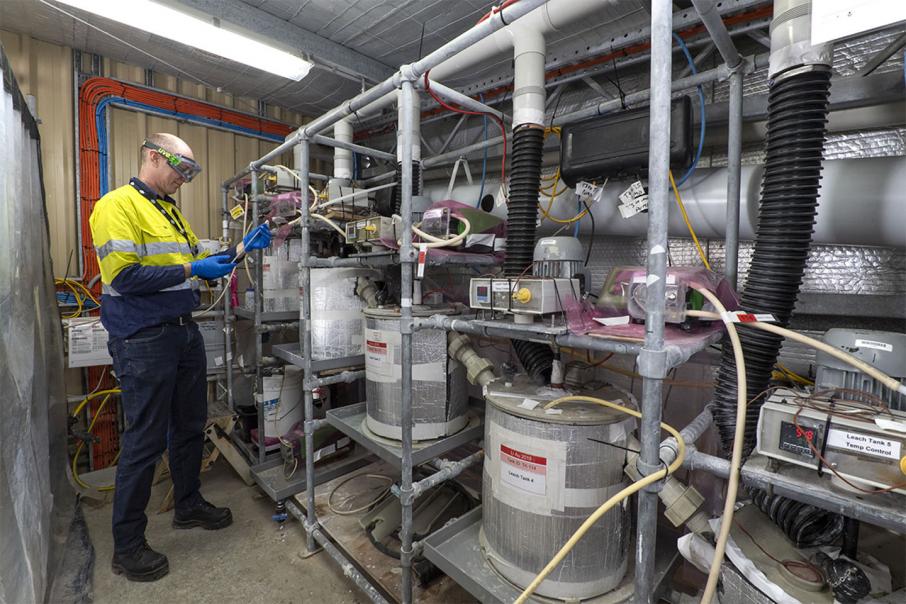 Lithium Australia’s patent application to take waste rock from a lithium mine, mixed metal dust from spent lithium batteries and even lithium brines and turn them directly into a lithium phosphate product, received a shot in the arm this week after an international examiner determined the process is “novel, involves an inventive step and is applicable to industry”, a positive sign that the process may potentially be patentable.

The Perth-based company is attempting to modify its already patented chemical-based “SiLeach” and “LieNA” processing technologies that can produce a lithium carbonate product without the need for expensive energy-hungry roasting.

The tweak that Lithium Australia is seeking to patent for its two existing technologies will allow the carbonate stage to be skipped altogether with the product being taken straight through to a lithium phosphate, the final product actually required by the cathode manufacturers.

The technology is potentially revolutionary in the lithium processing space for two reasons. Firstly, it can take waste rock that would have otherwise been discarded at a lithium mining operation and turn it into a lithium phosphate product. Secondly, the ability to take the product directly to a lithium phosphate – the product battery cathode manufacturers want – avoids the creation of the intermediary lithium carbonate product altogether, and a bag load of cost.

These are all game changing moves that will see Lithium Australia pick up cheap input streams and avoid one of the most expensive processing stages of a traditional operation, the creation of a carbonate.

Management says its lithium phosphate product can easily be refined to meet the standards required for the production of lithium ferro phosphate batteries.

Traditionally lithium-ion batteries were made up of nickel, cobalt and manganese in addition to lithium, however, there is a move on now for battery makers to switch to lithium ferro phosphate batteries that have faster charging capabilities and are safer.

Elon Musk is now looking at lithium ferro phosphate batteries for Tesla’s new Model 3, which is to be manufactured and sold in China.

Lithium Australia also says that lithium ferro phosphate batteries are ideal for household lithium batteries that can be used in combination with solar panels to store energy from the sun.

The company’s 50 per cent-owned subsidiary, Soluna Australia, last week received first revenues from what looks like being a substantial rollout of residential household lithium batteries in Australia.

Lithium Australia and the Australian Nuclear Science and Technology Organisation in NSW have been working on optimising the recovery of lithium phosphate from lithium-bearing solutions and, according to the company, the process enhancements they have developed together give the SiLeach and LieNA technologies the edge over conventional recovery methods that produce lithium hydroxide or lithium carbonate.

Lithium Australia Managing Director, Adrian Griffin said: “Lithium Australia’s LP (lithium phosphate) extraction and refining process not only gives its proprietary processes for the recovery of lithium from spodumene and mica a further competitive advantage but also appears to be the most efficient means of recovering lithium from spent batteries.”

“And the LP itself is the ultimate feed for the production of LFP cathode materials. With LFP batteries recognised as the safest form of LIB, and regulatory pressure on fire safety in electrical vehicles, we’re likely to see enormous expansion in the LFP markets in Europe and North America. In fact, LFP as a LIB type is already prevalent in China, in electric vehicle and heavy transport applications.”