Lithium Australia’s processing expertise has produced exceptional results from metallurgical testing of the Agua Fria Lithium clay prospect in Mexico, extracting up to 99% Lithium without roasting in just four hours. The result is a major boost for the economics of Agua Fria which is adjacent to the world’s largest known Lithium clay deposit. 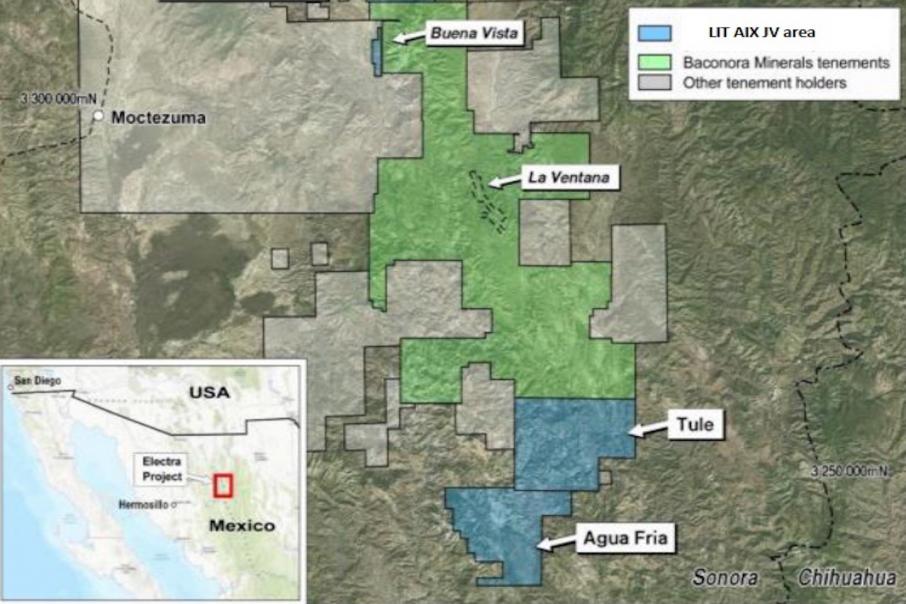 Lithium Australia’s decision to take their processing expertise to Lithium clays in Mexico is looking like an inspired move after stunning results from metallurgical testing.

The Perth-based developer of Lithium extraction technologies told the market on Wednesday that metallurgical test work on Lithium clays from  their Agua Fria prospect in Mexico had extracted between 94% and 99% Lithium in only four hours. The process involved no energy hungry roasting of the ore and was carried out at a modest temperature of 50° C.

Lithium Australia currently hold a 49% interest at Agua Fria and can earn up to 65% of it from Canada's Alix Resources as part of their farm in agreement. The prospect is part of the Electra project in Sonora, Mexico, where the Perth based company is currently funding an RC drill program which began last month and has already produced some encouraging results.

Assays from the first hole, drilled to a depth of 126 metres, intersected two intervals of +1,000 parts per million Lithium, which is very significant according to the company.

The partners are aiming to replicate the success of Bacanora Minerals at the adjacent La Ventana deposit, which is the world’s largest Lithium clay deposit and already has a major offtake agreement with electric vehicle manufacturer Tesla.

The focus of testing will now shift to beneficiation of the clays to produce a high-grade concentrate for further metallurgical work. Lithium in the Agua Fria clays is thought be associated almost exclusively with the clay mineral montmorillonite, which may be easy to separate from quartz, feldspars and other waste according to company management.

Managing Director, Adrian Griffin said: “We have clearly demonstrated the ease with which Lithium can be recovered from the volcanogenic sediments at Agua Fria. Beneficiation of the components containing the lithium, to produce a concentrated product is the next challenge. Fortunately the characteristics of each of the minerals are very different, providing a number of avenues to achieve the desired outcome.”

President of Alix, Mike England said: "Beneficiation is as important a step as discovering the lithium at Agua Fria. These results are extremely encouraging and we applaud the work done by our partners at Lithium Australia.”